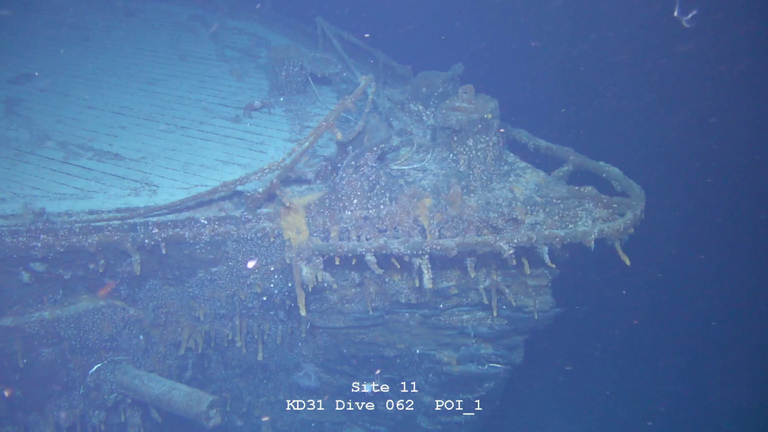 AKIPRESS.COM - The wreck of a First World War German battlecruiser sunk by the Royal Navy in 1914 has been found off the coast of the Falkland Islands, Telegraph reports.


The SMS Scharnhorst has lain undiscovered in the South Atlantic for almost 105 years, since its sinking in one of the most important early naval battles of the First World War.

It was the flagship of Admiral Maximilian Graf von Spee’s East Asia Squadron, the Imperial German Navy’s only permanent overseas formation, which was wiped out at the Battle of the Falklands in 1914.

The date of the battle, December 8, is still commemorated as a public holiday in the islands.

Admiral von Spee’s East Asia Squadron had inflicted a heavy defeat on the Royal Navy at the Battle of Coronel off the coast of Chile in November 1914, sinking two British cruisers and resulting in the loss of 1,660 lives.

The Royal Navy responded by sending a large force to hunt down the East Asia Squadron. They met off the coast of the Falklands, where the Royal Navy sunk four of the German force’s eight ships.