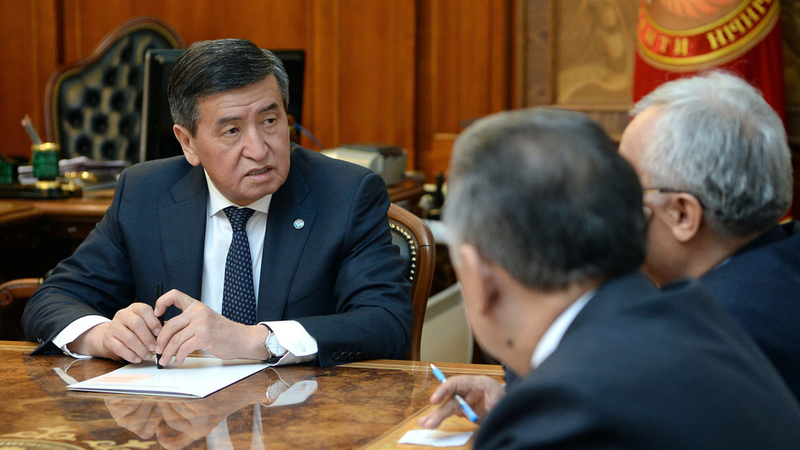 AKIPRESS.COM - President of Kyrgyzstan Sooronbai Jeenbekov on December 6 received Chairman of the Council of People's Assembly of Kyrgyzstan Abdygany Erkebayev and Director of the State Agency for Local Self-Government and Inter-Ethnic Relations Bakhtiyar Saliyev, the President's press service said.

They discussed measures on improving the state policy in the sphere of inter-ethnic relations.

The head of state underlined the importance of civil peace and inter-ethnic consent for sustainable development of any country.

He stressed the role of the Council of People's Assembly of Kyrgyzstan and the State Agency for Local Self-Government and Inter-Ethnic Relations in consolidation of the communities, strengthening the unity of the nation and a general civil identity in the country.