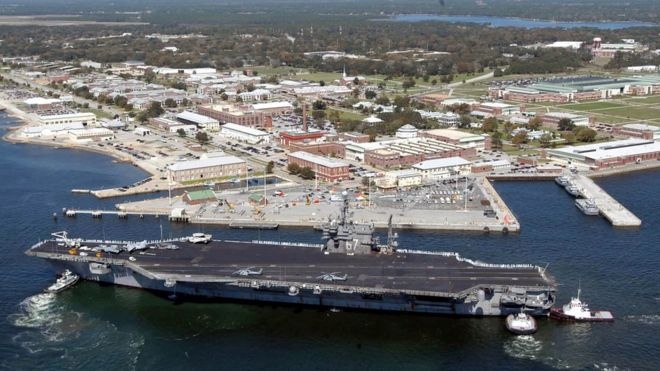 AKIPRESS.COM - Saudi Arabia's King Salman condemned a gun attack at a US naval base by a Saudi student as "barbaric", President Donald Trump said, BBC reports.


He tweeted that the monarch had called him to offer "sincere condolences".

The gunman, an aviation student, killed three people and injured at least eight at the base in Pensacola, Florida, before being shot dead.

Florida Governor Ron DeSantis said the Saudi government was "going to owe a debt" to the victims.

The attacker has been named by US media as Mohammed Saeed Alshamrani. He used a handgun during the shooting.

The FBI are yet to declare a motive but are believed to be investigating for links to terrorism.

"There are many reports circulating, but the FBI deals only in facts," special agent Rachel Rojas told a news conference on Friday night.

Saudi Arabia is a key US ally in the Middle East and the two countries have longstanding military exchange programmes. The shooting has already prompted questions about the vetting of foreign military personnel sent to the US for training.

It is the second shooting to take place at a US military base this week.