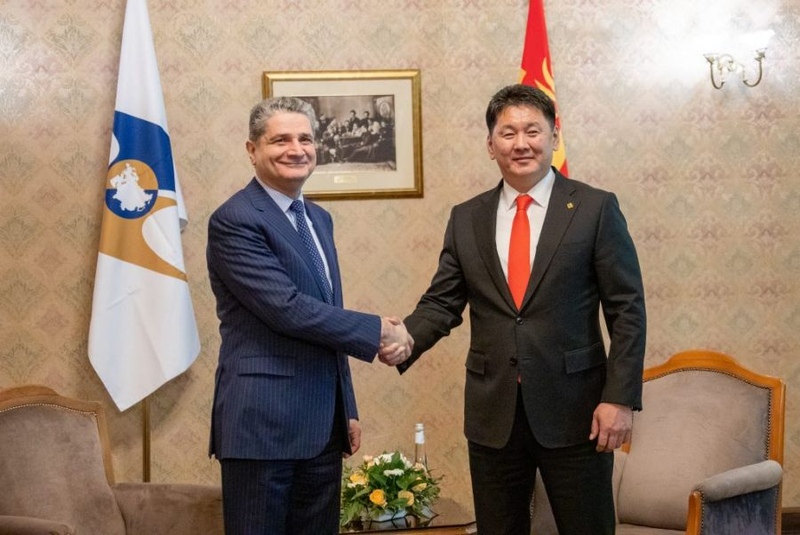 AKIPRESS.COM - Prime Minister of Mongolia U.Khurelsukh met with Chairman of the Board of the Eurasian Economic Commission (EEC) Tigran Sargsyan in Moscow, Russia on December 4, Montsame reported.

A wide array of cooperation issues were discussed at the meeting held in a friendly and businesslike atmosphere. The sides expressed their pleasure that the third meeting of the working group on cooperation between Government of Mongolia and EEC successfully took place in October and the working group’s action plan for 2020-2021 was signed during this visit of the Prime Minister.

Stressing that Mongolia prioritizes expansion of trade and economic cooperation with Eurasian Economic Union (EAEU)’s member states, reduction of tariff and non-tariff barriers, and diversification of export products, Prime Minister U.Khurelsukh expressed his view that a free trade agreement would be effective in reaching those objectives. He then proposed setting up a working group to study the possibility of establishing a free trade agreement between Mongolia and EAEU and conduct detailed economic impact analysis.

Backing the proposals, Mr. Tigran Sargsyan noted the importance of receiving support from EAEU’s every member state to realize it.