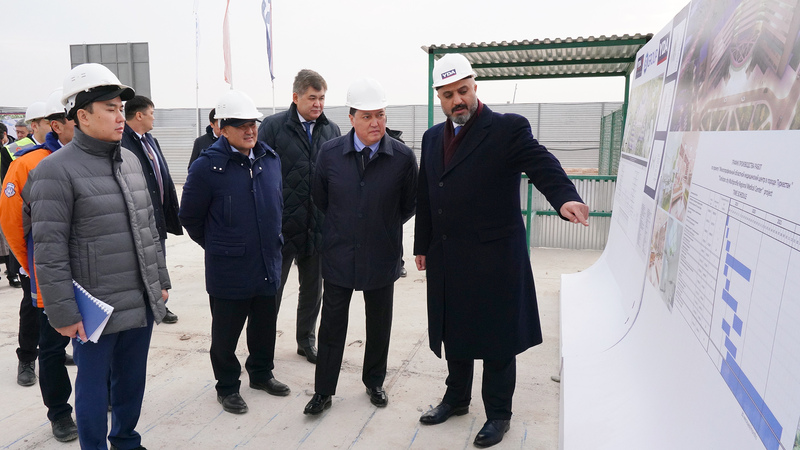 AKIPRESS.COM - During his workling trip to Turkestan region, Prime Minister of Kazakhstan Askar Mamin laid a capsule at the construction site of a multidisciplinary regional hospital with 630 beds, his press service said.

The project will be implemented in 2022 by the Turkish investor YDA Holding as part of a public-private partnership. The cost of the facility is about 100 billion tenge, about 1,700 new jobs will be created for medical personnel, including 350 doctors.

The PM also launched the construction by the Turkish company Sembol construction of the multifunctional tourist complex Caravanserai worth about 39 billion tenge.

Mamin then inspected the construction of the International Airport of Turkistan and the highway leading to it, as well as an amphitheater, drama theater, the Regional Universal Scientific Library, the Uly Dala Eli Center, and the Yassaui Museum, reconstruction of the buildings of the National Center for the Artisans of the Great Silk Road and the Visit Center.

As part of his working trip, Mamin held a meeting on the development of the city.

Akim of Turkistan region Umirzak Shukeyev, Minister of Culture and Sports Aktoty Raimkulova, akims of Atyrau region Nurlan Nogayev, Aktobe region — Ondasyn Urazalin, Shymkent — Yerlan Aitakhanov, as well as representatives of other regions and contractors, responsible for urban construction, reported on the progress of the work.