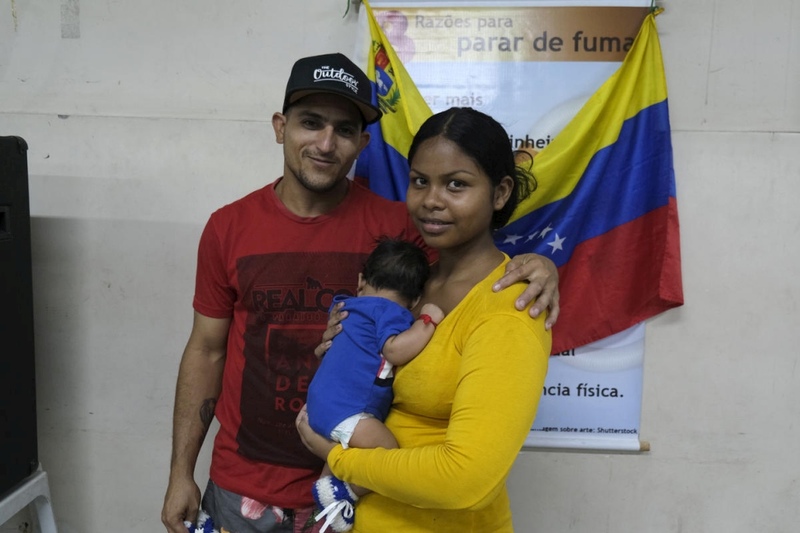 Some 21,000 Venezuelans in the country immediately benefited from the decision on Thursday by Brazil’s National Committee for Refugees (CONARE).

From now on, asylum claims from Venezuelans who fulfill the necessary criteria in Brazil will be processed through an accelerated procedure, without the need for an interview. This move constitutes a milestone in refugee protection in the region and follows a decision in June this year by CONARE to recognize that the situation in Venezuela amounted to serious and generalized human rights violations as described under the 1984 Cartagena Declaration on Refugees.

To benefit from the new provision, Venezuelan asylum seekers must be living in Brazil, not hold any other residence permit in the country, be over 18, possess a Venezuelan identity document, and have no criminal record in Brazil.

The Brazilian authorities estimate that some 224,000 Venezuelans are currently living in the country. An average of 500 Venezuelans continue to cross into Brazil every day, mostly into the northern and isolated state of Roraima.

The Brazilian government continues to lead the humanitarian response for the most vulnerable Venezuelans arriving in the country, while also promoting innovative, open and generous ways to support their socio-economic inclusion.

To date, over 750,000 asylum claims have been filed by Venezuelans worldwide, the majority in Latin American countries and the Caribbean. Brazil has registered over 120,000 asylum seekers, according to the latest official figures. The decision announced on Thursday in Brasilia will have a positive impact on the protection of Venezuelans in the country and will also help ease the pressure on Brazil´s national asylum system.

UNHCR reiterates its readiness to continue providing technical and operational support to enhance national capacities to process asylum claims. We are committed to working to secure greater international support for the Brazilian response and we hope that Brazil will continue to use its regional leadership in the protection of those forcibly displaced, especially in the context of the current Venezuelan crisis.

Following the deterioration of the situation inside Venezuela, UNHCR earlier this year encouraged Governments to recognize the refugee status of Venezuelans through group-based determinations, such as the prima facie approach now adopted by Brazil. UNHCR continues to make this call to other countries in the region, as the magnitude of the current outflows poses complex challenges and may lead to asylum systems being overwhelmed.