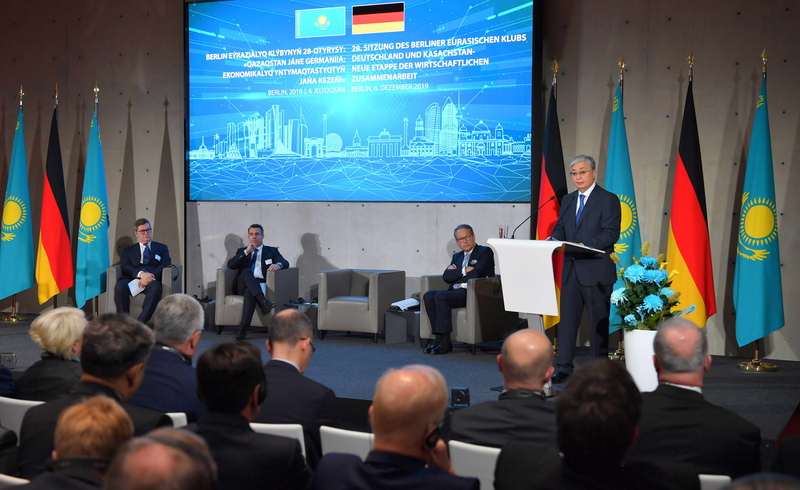 AKIPRESS.COM - Addressing the Forum participants, President Kassym-Jomart Tokayev noted that the Berlin Eurasian Club, which was established on the initiative of the First President Nursultan Nazarbayev, has proved its importance, Akorda said.

“This dialogue platform offers great opportunities to discuss a wide range of socio-political and economic issues related to the Kazakh-German and Kazakh-European relations. This is our country’s first project of its kind in Europe and we believe that in the conditions of global instability its role will only be increasing," the Head of State said.

In his opinion, over the past three years, the geopolitical, geo-economic policies in the world have gone through remarkable changes. Sanctions and trade restrictions increasingly replace traditional diplomacy tools.

Speaking about the priorities of Kazakhstan's foreign policy, the President emphasized that relations with the European Union are of paramount importance for Kazakhstan.

Tokayev presented the growing investment potential of Kazakhstan to the forum participants.

President said that the government is ready to support attracting German investment in agriculture, high technology and digital services.

The event, which was held at the AXICA Congress center in Berlin, was attended by senior officials of the German Government, experts, journalists and more than 250 representatives of German business.