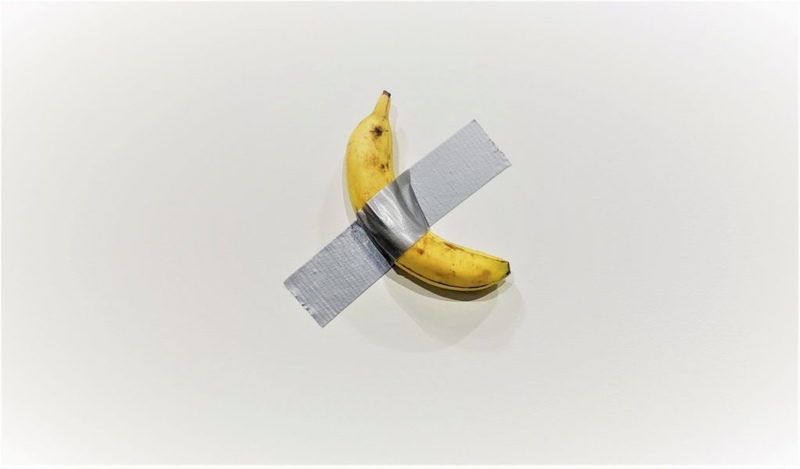 AKIPRESS.COM - An artwork that sold last week for $120,000 and was hailed as “a symbol of global trade” has been eaten, in what might seem a fitting end for something that was an ever-ripening banana duct-taped to a wall, The Guardian reports.


The piece, titled Comedian, by Italian artist Maurizio Cattelan was on show at the international gallery Perrotin at Art Basel in Miami when New York performance artist David Datuna ate it, saying he was hungry.

The stunt on Saturday afforded a whole new meaning to gallery founder Emmanuel Perrotin’s comments earlier this week, when he said: “Maurizio’s work is not just about objects, but about how objects move through the world.”

All is not lost for the buyer, who, let’s face it, was going to have to deal with the demise of the banana at some point. The work apparently comes with a certificate of authenticity, and owners can replace the banana. “[Datuna] did not destroy the art work. The banana is the idea,” Lucien Terras, a director at the gallery, told the Miami Herald.

Cattelan – who bought the banana at a local fruit market – is known for his comic pieces, including a fully functional 18-carat gold toilet titled America, which visitors to the Guggenheim were encouraged to use. The toilet was recently stolen from an exhibition in England. In a 1999 piece, Cattelan duct-taped famed Italian gallerist Massimo De Carlo to the walls of his own gallery.