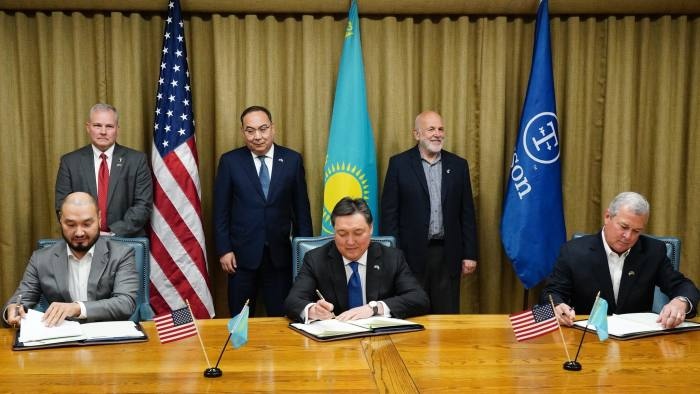 AKIPRESS.COM - Tyson Foods has revealed plans to build a beef plant in Kazakhstan, giving the largest US meat company better access to booming markets nearby in China and other areas of Asia, the Financial Times reports.


An agreement signed on Monday to collaborate with the government of Kazakhstan is part of the country’s efforts to raise a global livestock industry on its grassy steppe. Tyson hopes to boost its international business, which accounts for 3 per cent of its $42.4bn in annual revenue.

The document was signed during the visit of Kazakh Prime Minister Askar Mamin to the US.

The proposed 2,000 head-per-day slaughterhouse envisaged by the agreement would add an overseas beef plant to Tyson’s more than 20,000 head-per-day US business. Talks have been under way for months, with Tyson executives travelling to Kazakhstan and country officials visiting Tyson’s headquarters in Springdale, Arkansas, the company said.

The Financial Times first reported Tyson’s interest in investing in Kazakhstan in May.