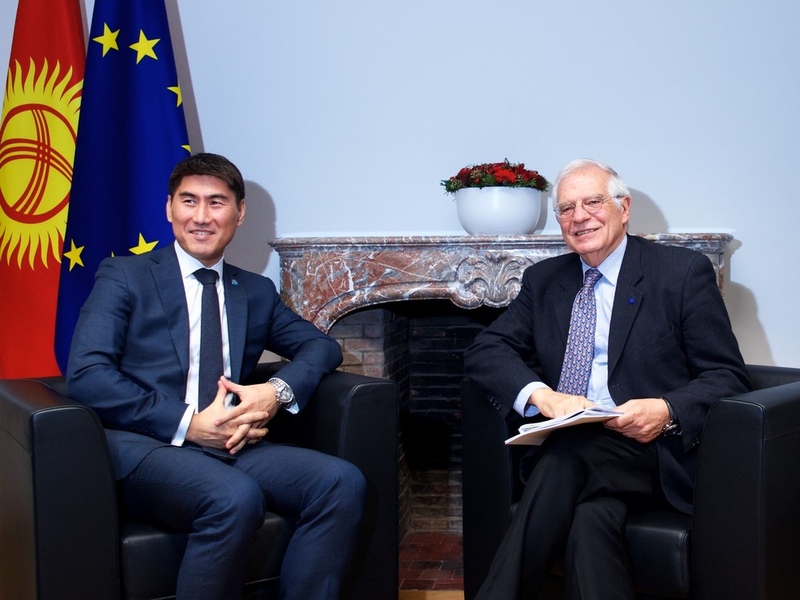 AKIPRESS.COM - EU High Representative for Foreign Affairs and Security Policy/Vice-President of the European Commission, Josep Borrell, met, for the first time in his new capacity, Minister of Foreign Affairs Chingiz Aidarbekov on December 9, the EU Delegation to Kyrgyzstan said.

High Representative/Vice-President Borrell and Minister Aidarbekov discussed a number of issues on which the European Union and the Kyrgyz Republic share a common interest, including enhancing regional cooperation in Central Asia and promoting sustainable Euro-Asian connectivity.

High Representative Borrell and Minister Aidarbekov reviewed progress in bilateral relations, including the Enhanced Partnership and Cooperation Agreement between the EU and the Kyrgyz Republic. This new Agreement will deepen bilateral relations, enabling cooperation and dialogue, and will support the ongoing ambitious reform programme in the Kyrgyz Republic. They also discussed the implementation of the EU’s new Central Asia Strategy, adopted in June 2019.

The High Representative welcomed the proposal of the Kyrgyz Republic to host an EU-Central Asia Economic Cooperation Forum in 2020. They also discussed the Kyrgyz Republic's active role in tackling regional environmental challenges, including those posed by uranium legacy sites. They stressed the importance of other donors joining the EU and the Kyrgyz Republic in their efforts to address the imminent risks to the environment and the population of the region that these sites present.