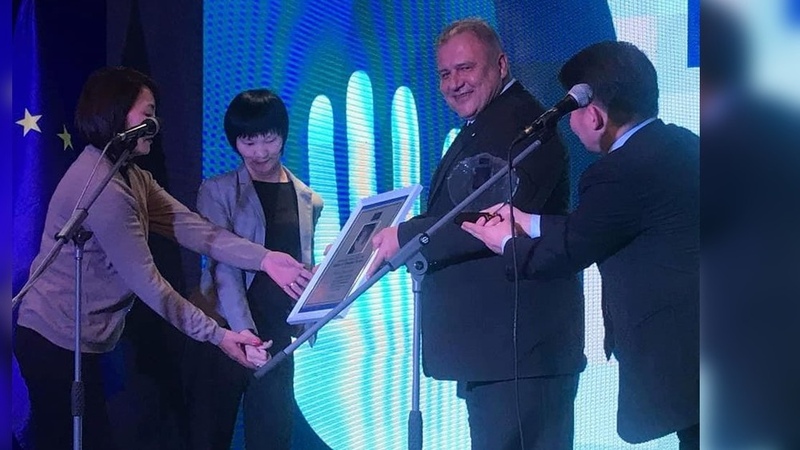 AKIPRESS.COM - On the occasion of International Human Rights Day which is being marked on December 10, the Delegation of the European Union to Mongolia together with the Embassies of France and Italy presented European Union Human Rights Defenders’ Award to nine people, who are making their efforts to human rights protection in Mongolia, Montsame reported.


The date was chosen to honour the United Nations Assembly's adoption and proclamation, on December 10, 1948, of the Universal Declaration of Human Rights (UDHR), the first global enunciation of human rights. The Human Rights Day is being celebrated this year under the theme ‘Youths standing up for human rights’.

“Over last 70 years, the Universal Declaration of Human Rights by the United Nations has been consolidating powerful democracy that honors human rights, in countries. When Mongolia has celebrated its 30th anniversary of democratic revolution a few days ago, we saw that people were demanding to respect democracy, human rights, freedom and free election. Respecting human rights is the most important factor to ensure sustainable development of democratic society and to secure peace.

Protection of human rights is one of main principles of the European Union, which defines its internal, and foreign policies and it is belonged to everyone. We will ever protect and encourage the people who endeavor for human rights, “ Ambassador of the European Union to Mongolia Traian Laurentiu Hristea said at the opening of the award presenting ceremony. The Ambassador also highlighted that the event will be traditionally held in the future.