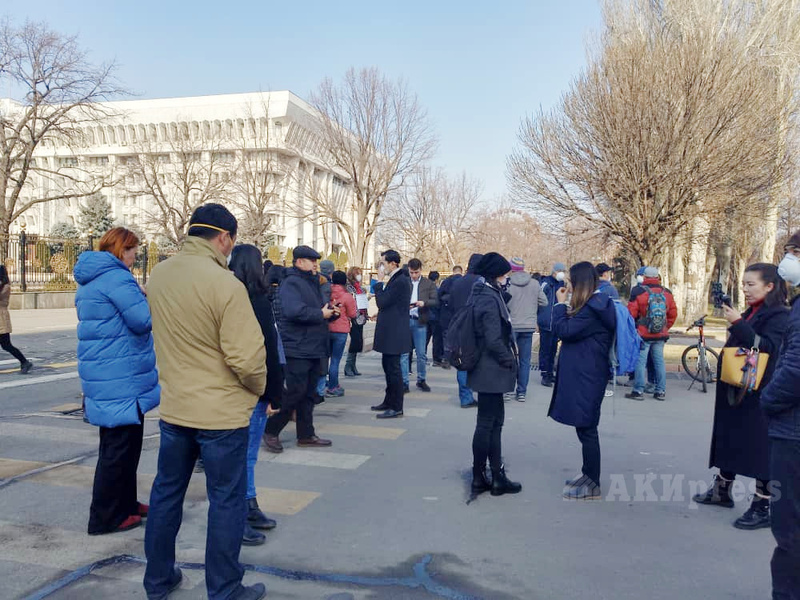 AKIPRESS.COM - A protest action #Bishkeksmog is taking place today at the Ala-Too square of the capital city.

The goal of the rally, according to participants, is drawing attention to the smog problem in Bishkek with requirement to comply with the general national standards of air quality.

The high indicators of air pollution are registered in daytime and evening, as people start heating houses.

The highest air pollution was observed on November 28-30.

“A big number of vehicles in the city along with other factors affect the environmental situation. According to the State Registration Service, 1.211 million vehicles were registered in the country in 2018, 426,241 of them are in Bishkek. Providing gas supply to all residential districts surrounding the city is a nowadays requirement,” the First Vice Prime Minister said at the government meeting today.