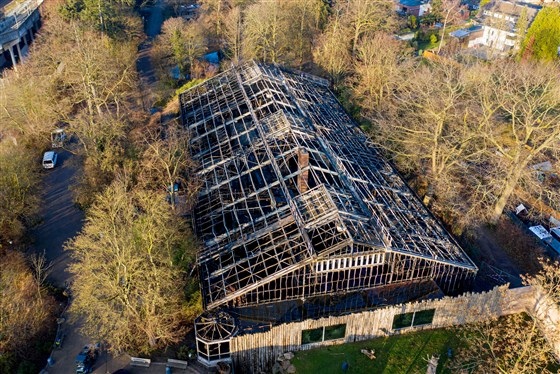 AKIPRESS.COM - A zoo in Krefeld, Germany, suffered a devastating fire early Wednesday that killed animals in its monkey house, according to local officials, NBS reports.

At about 12:40 p.m. local time, Krefeld's police and fire departments were called to respond to a burning building at Zoo Krefeld.

When the arrived, they found the zoo's Great Ape House ablaze and were unable to enter.

"There are no surviving animals in the monkey house. However, the gorilla garden has been spared," according to a tweet from the city of Krefeld, a few miles northwest of Düsseldorf.

More than 30 animals died in the blaze, including monkeys, apes, bats and birds, The Associated Press reported.