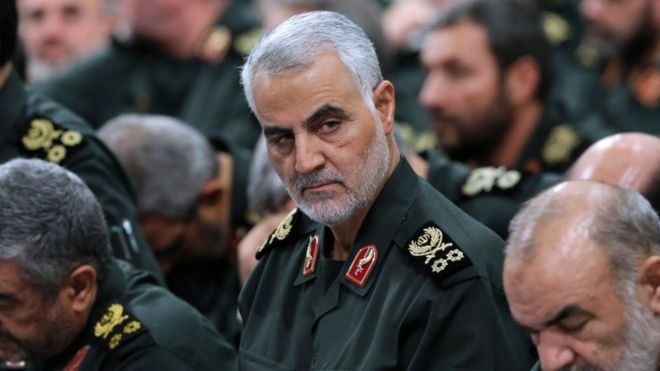 AKIPRESS.COM - General Qasem Soleimani, the head of the Iranian Revolutionary Guards' elite Quds Force, has been killed by US forces in Iraq, BBC reports.


The Pentagon confirmed he was killed "at the direction of the president".

Gen Soleimani was being driven by car at Baghdad airport, alongside local Iran-backed militias, when he was hit by a US air strike.

Gen Soleimani was a major figure in the Iranian regime. His Quds Force reported directly to Ayatollah Ali Khamenei and he was hailed as a heroic national figure.

But the US has called the commander and the Quds Force terrorists, and holds them responsible for the deaths of hundreds of US personnel.

US President Donald Trump tweeted an image of the American flag after the news broke.

Global oil prices meanwhile soared more than 4% in the wake of the strike.