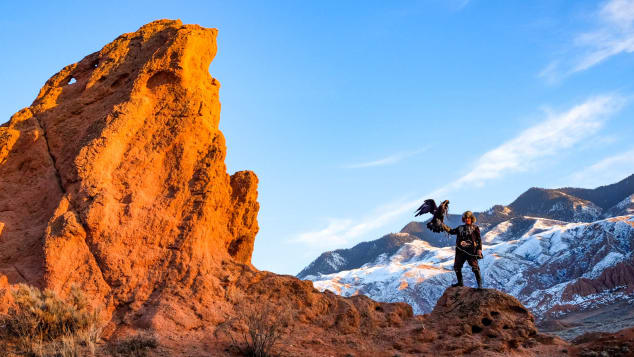 AKIPRESS.COM - CNN has included Kyrgyzstan in top 20 places in the world to visit.

"Tucked away between China to the east, Kazakhstan to the north and Uzbekistan to the west, Kyrgyzstan is easy to overlook, but it's a perfectly formed jewel of a country.

Head east from the capital of Bishkek to where rugged mountains descend into the sparkling snow-melt waters of the vast Lake Issyk-Kul, and Kyrgyzstan reveals itself as a beguiling wonderland that few international visitors have discovered.

In the space of a few miles, the landscape offers up desert-like canyons to rival the American West and lush, high-altitude meadows to rival the European Alps. In winter, there's skiing around the town of Karakol. In summer, trekking and horseback riding into the Tien Shan mountains. All-year-round, there are jaw-dropping geological marvels around every corner.

Years of hardship after the collapse of the Soviet Union have taken their toll on Kyrgyzstan, and it's still finding its feet as a tourist destination. But where it lacks infrastructure to deal with lots of visitors, it excels in delivering genuine unexplored frontiers to adventurous travelers willing to rough it a little. It's safe, extremely welcoming and very good value for the money.

Don't miss: Mars Canyon, near the southern shores of Issyk-Kul, is a spectacular landscape of red peaks and dry valleys. It was first explored as a tourism destination in 2019 during an expedition organized by an excellent tour company, Visit Karakol, and documented by CNN Travel," the ranking says.