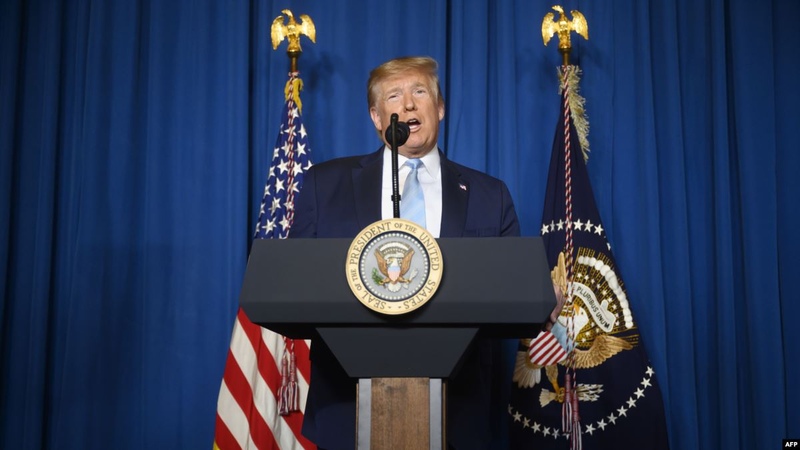 AKIPRESS.COM - President Donald Trump said the US killed Iran's top military commander Qasem Soleimani "to stop a war, not to start one".

Mr Trump said Soleimani's "reign of terror" was "over" following a strike at Iraq's Baghdad airport on Friday.

The killing marked a major escalation in tensions between Iran and the US.

US officials said 3,000 additional troops would be sent to the Middle East as a precaution.

Meanwhile, Iraqi state television said there had been another air strike in the country, 24 hours after the killing of Soleimani. An Iraqi army source told the Reuters news agency that six people were killed in the new strike, which hit a convoy of Iraqi militia in the early hours of Saturday morning local time.

A US military spokesman denied that the American-led coalition fighting in the region was responsible.

"FACT: The Coalition @CJTFOIR did NOT conduct airstrikes near Camp Taji (north of Baghdad) in recent days," said Colonel Myles Caggins III, in a post on Twitter.