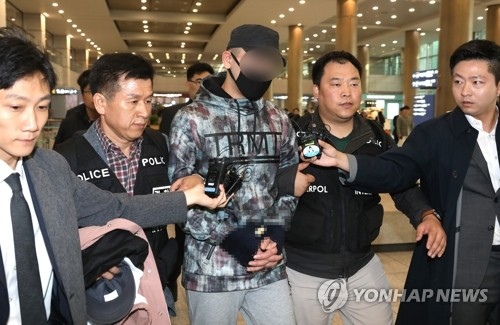 AKIPRESS.COM - A citizen of Kazakhstan was sentenced to 2.6 years in prison in South Korea for a hit-and-run involving a 7-year-old boy.

The boy's parents did not pardon the Kazakh driver and said they spent more than 60 million won ($50,500) on the child's rehabilitation.

Korean police detained a Kazakh man in October 2019 after he was extradited from Kazakhstan for hit-and-run case resulting in the serious injury of an elementary school boy in South Gyeongsang Province, according to Kazakh and Korean media.

The 20-year-old suspect voluntarily entered the country via Incheon airport, west of Seoul in October 2019.

He hit the first-grader on a road in the southeastern city of Changwon around 3:30 p.m. on Sept. 16, 2019 and fled the scene before returning home via Uzbekistan the next day.

The boy, who sustained a cerebral hemorrhage, has remained unconscious since the hit-and-run incident. But his father said the boy's condition has been miraculously improving.

The Kazakh man, an illegal immigrant, had no driver's license and was driving a car registered under the name of a different person, which caused the police to fail to immediately identify him and place him on an exit ban before his departure.

The South Korean police asked their Kazakh counterparts to take action over the crime after placing the fugitive on the Interpol wanted list. They managed to secure information on his whereabouts through the cooperation of the Kazakh police.

South Korea also made an extradition request to Kazakhstan and persuaded the man through the Kazakh Embassy in Seoul to enter the country voluntarily.

Police said the man admitted to the crime during an interrogation by Kazakh Interpol and decided to surrender himself to the South Korean police.

His return to South Korea was also motivated by the fact that his sister, who helped him flee the country, has been in custody for allegedly staying in South Korea as an illegal immigrant.