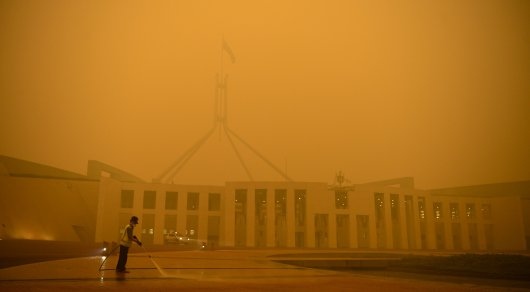 AKIPRESS.COM - The wildfires devastating parts of Australia have forced the closure of a number of embassies in the capital Canberra, where state authorities issued an alert on Friday that a return to hot and windy conditions was likely to push more smoke across the territory over the weekend, Financial Times reports.

Kersti Eesmaa, Estonia’s ambassador to Australia, confirmed that the country’s embassy had switched to Sydney, the first time it had ever closed its main diplomatic residence. Hungary’s embassy is also shut due to “extreme unhealthy air pollution”, with enquires directed to the consulates in Sydney and Melbourne.

Ireland and Italy also temporarily closed their embassies earlier this week due to the severe deterioration in air quality while Israel warned that its diplomatic services would be delayed due to the hazardous smoke.

Such closures had happened previously only in countries experiencing major political crises, she added.