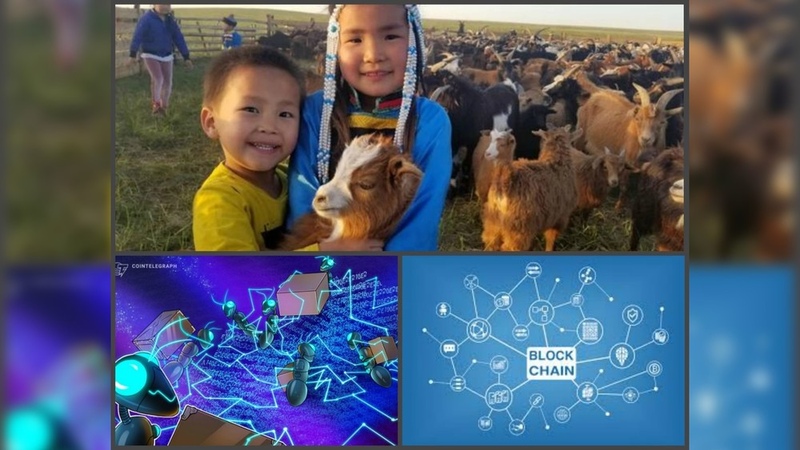 AKIPRESS.COM - The UN is working with the Mongolian state and cashmere farmers to highlight and deliver sustainable cashmere with blockchain, Forbes reports.

As recently as 2011, about 30% of the population worked directly in agriculture. The sector generates about 13% of Mongolia’s GDP, and about half of Mongolia’s population in 2016 were either directly or indirectly employed by it. The livestock sector of agriculture is one of the most critical, comprising nearly 83% of agricultural output, with cashmere being a top export product for an array of small-scale herders. Cashmere is Mongolia’s second largest export in terms of trading volume.

Cashmere, once considered a luxurious product for only the very wealthy, has recently been made more accessible with its inclusion in chains such as Uniqlo. The best cashmere in the world is considered to come from the coldest regions of Mongolia due to the climate pushing local goats to adapt in conditions optimal for the creation of comfortable, soft coats.

However, due to overgrazing, there are issues with environmental degradation that come with cashmere sustainability. Despite the fact that buying cashmere, a long-lasting product, can be very sustainable and ethical (cashmere cultivation doesn’t hurt the animal, it supports small-scale producers, and it is functional, soft, and biodegradable), the overall effect may not be if overproduction damages the environment.

This is where the UN and blockchain step in. By highlighting producers who are following sustainable practices, the UN, through its UNDP (United Nations Development Programme arm) hopes that consumers will reward sustainability in Mongolia by paying price premiums for products marked as economically, environmentally, and socially beneficial.

A pilot with technology provider Covergence.tech used Ethereum-based blockchain technology to interact with over 70 different herders and 8 cooperatives. Herders used a simple Android app to register their cashmere along with RFID tags, which then gets pinned on a map instantly.

This allowed targeted incentives for herders who were following sustainability practices and trainings and allowed for end-to-end supply chain tracking of where sustainable cashmere came from, and what herder was associated. For many of the farmers, the Android phones alone generated a lot of interest and enthusiasm.

471kg of cashmere was tracked through this system from nomadic small-scale growers to a processing factory in Ulaanbaatar and ultimately to end consumers willing to pay premiums for sustainable cashmere. This was a consensual process from both sides, with herders stepping up and willing to have their goods marked in return for training on better practices and the hope of opening markets to paying price premiums for truly sustainable and high-quality cashmere.