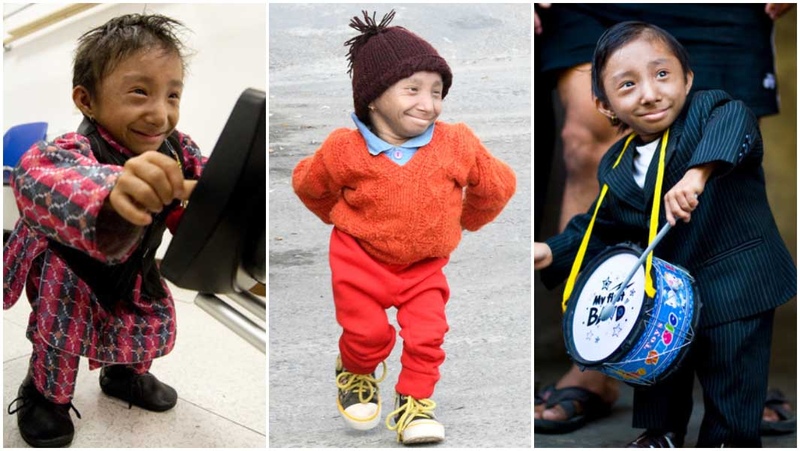 GWR recognises two categories for people of short stature – mobile and non-mobile – and Khagendra’s height made him the shortest living mobile man on the planet, just over 7 cm taller than Filipino Junrey Balawing, who measures 59.93 cm (1 ft 11.5 in) and who, owing to the medical condition osteogenesis imperfecta, is unable to walk or stand unaided.

Khagendra was born in the Baglung district of Nepal, the eldest son of Roop Bahadur and Dhan Maya. His father recalled, “He was so tiny when he was born that he could fit in the palm of your hand, and it was very hard to bathe him because he was so small.”

He first came to the attention of Guinness World Records in early 2010, when he was measured by Records Manager Marco Frigatti on the GWR Italian TV show Lo Show dei Record and confirmed to be the shortest teenager (male) living.

He made his first appearance in the GWR 2011 book, alongside Jyoti Amge, the shortest teenager (female) living.