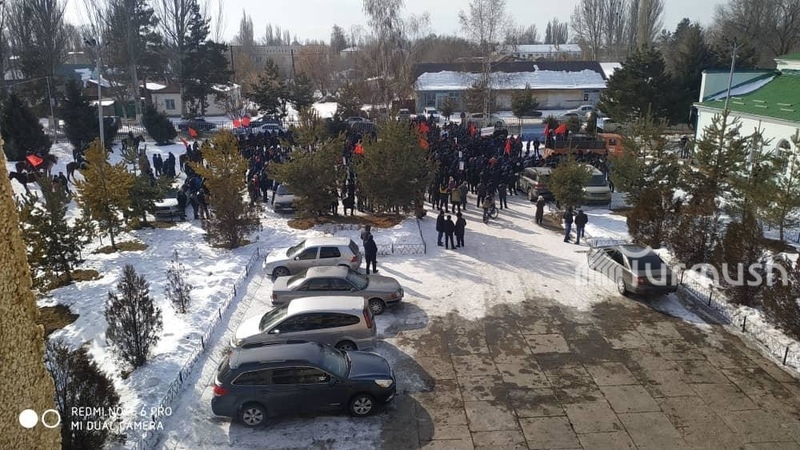 The protesters demand to release him from custody.

The governor met with the protesters so far.

Sadyr Japarov was detained on 25 March 2017 in connection with the criminal probe into the attempted murder, hostage taking, use of violence against government official.

He was accused of plotting and holding rallies in Saruu and Karakol in October 2013, when Issyk-Kul region governor Emilbek Kaptagaev was taken hostage.

The district court sentenced Sadyr Japarov to 11 years and 6 months in prison. The verdict was upheld by the second instance court and the Supreme Court.