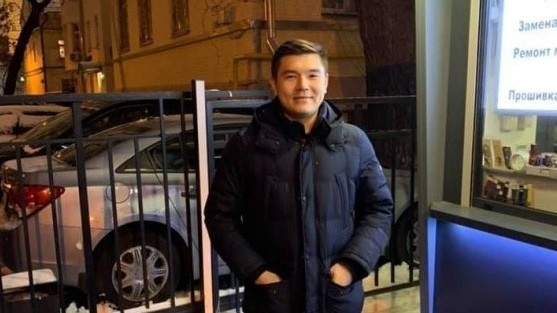 Aisultan is son of Dariga Nazarbayeva, the elder daughter of ex-president and his deceased son-in-law Rakhat Aliyev.

In was not immediately clear if his Facebook page was hacked, but Aisultan who tried to commit suicide and was handed a year of conditional sentence for attacking police officer in the UK, said on his Facebook posts that he is in a hospital in UK, was in prison and had a hard time with his relatives.

"Soon they will try to either kill me or prove that I am a psycho, will hang me in the cell like my father. My strength is in Allah and his son Jesus and the holy spirit," he said in a Russian-language post.

Aisultan also asked the Queen of Great Britain to call Nursultan Nazarbayev and apologize for "being afraid to meddle in the situation." "My mother kept my grandfather on the hook because I am his son," added Aisultan.

In July 2019, Aisultan bit a police officer who tried to prevent him from committing suicide in London. He was given a suspended sentence for assaulting a police officer, 140-hours community service, 20 mandatory sessions of treatment from drug addiction, and fine of £1,000 and compensation of the damage of £5,000.

Rakhat Aliyev, the former son-in-law of Nursultan Nazarbayev, was found hanged in his prison cell in February 2015. Aliyev fell out with Nazarbayev in 2007 after reportedly revealing his presidential ambitions, was stripped of his post as ambassador to Vienna and ended up divorced.