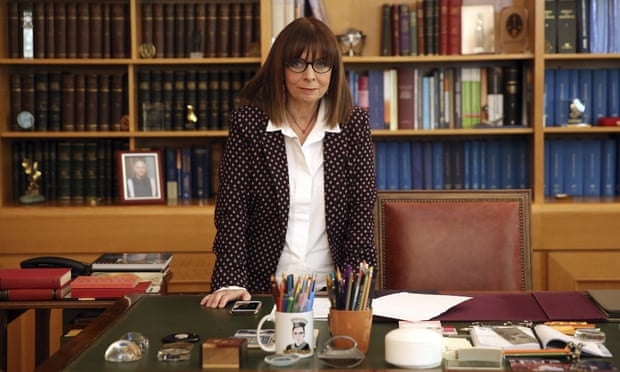 
Inaugurating a new era for one of Europe’s more traditional nations, MPs overwhelmingly endorsed the nomination of Katerina Sakellaropoulou as head of state. No woman has held the post in the nearly 200 years since Greece proclaimed independence. “Today a window to the future has opened,” said the prime minister, Kyriakos Mitsotakis, after 261 deputies in the 300-seat House voted in favour of the French-educated jurist assuming the role. “Our country enters the third decade of the 21st century with more optimism.”

The election – less than a week after the centre-right leader proposed Sakellaropoulou – not only breaks with tradition in an EU state where few women hold political positions but has taken many in Mitsotakis’ own New Democracy party aback.

The 63-year-old, who first made history fifteen months ago when she was elevated to the helm of the highest court in the land by the leftist administration then in power, holds liberal views with an emphasis on environmental protection. But with no known party allegiance she is a political outsider.

An expert in environmental and constitutional law, Sakellaropoulou will take the oath of office on 13 March, when she will formally succeed Prokopis Pavlopoulos, a former conservative minister who has held the largely ceremonial position for the past five years.