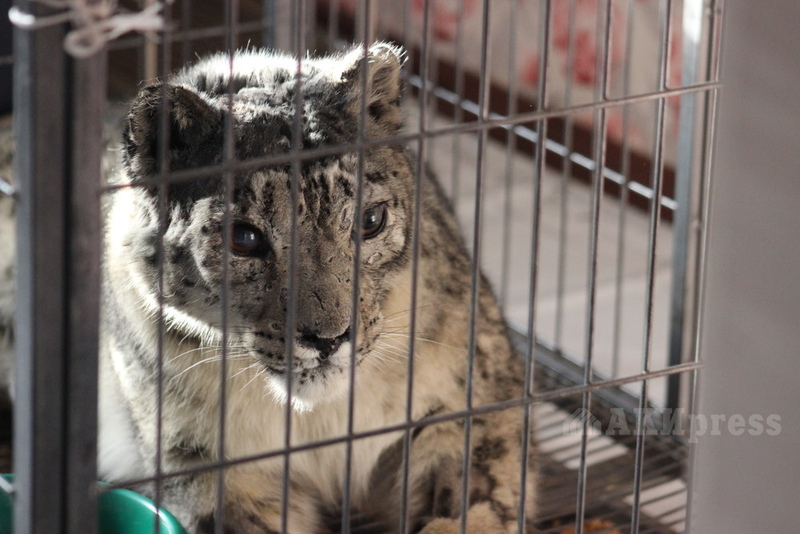 AKIPRESS.COM - The condition of a snow leopard, which was found wounded in Talas region and underwent surgery in Bishkek, got better, President of the Bugu-Ene public association Saltanat Seitova told AKIpress.

Now the snow leopard named Jaabars is undergoing rehabilitation in the center, according to the veterinarian.

The snow leopard was found on January 9 sitting on a tree in Kok-Oi village, Talas region bleeding. It was caught by the villagers and handed over to environmentalists. The leopard was transported to Bishkek, where it was X-rayed. Around 70 shotgun pellets were seen. The pellets dangerous for life of the leopard were removed during the surgery. The remaining pellets will be removed upon recovery of the snow leopard.

The snow leopard was called Jaabars after the snow leopard in the book by Chingiz Aitmatov When the Mountains Fall Down. Jaabars is about 2 years old.