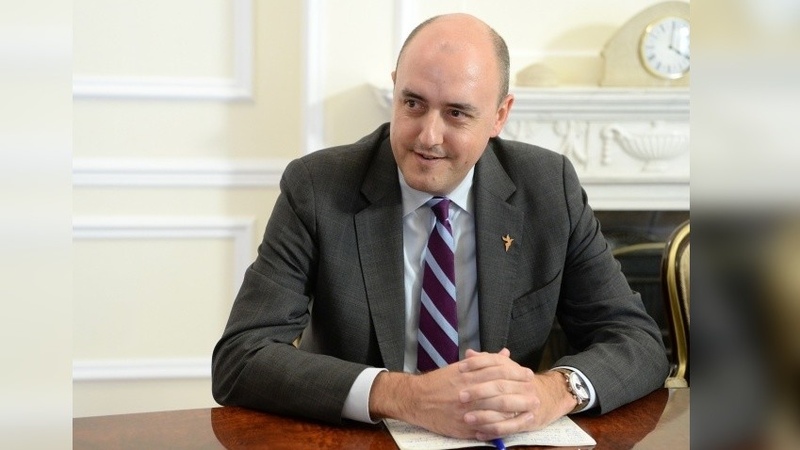 AKIPRESS.COM - RFE/RL President Jamie Fly has told  the Tajik government it failed to honor its commitments to allow the organization's Tajik Service, known locally as Radio Ozodi, to function without obstruction.

RFE/RL may have to consider alternatives to its current operations as a result, Fly said  in a letter to Foreign Minister Sirojiddin Muhriddin on January 21, after the ministry granted six-month accreditations to four members of the Tajik Service.

The move falls short of the year-long accreditations mandated by Tajik law, and does not address the circumstances of seven Ozodi correspondents who remain without credentials, or another seven who were granted partial accreditations in October, RFE/RL said.

"These partial accreditations, together with the continued harassment of Ozodi colleagues, fail to demonstrate your government's sincerity to allow Radio Ozodi to function unimpeded," and to "fulfill Tajikistan's international obligations to respect independent media," Fly wrote in his letter.

The credentials of the 18 RFE/RL journalists and staff members were withheld by the ministry or expired on November 1.

The OSCE, The Washington Post, the Committee to Protect Journalists, Human Rights Watch, and local Tajik media-advocacy groups have decried the government's withholding of accreditation as a violation of media freedom and a means of censorship.

Members of the U.S. Congress have sent letters to Tajik President Emomali Rahmon criticizing the use of accreditation to restrict Radio Ozodi's independent reporting, and saying that a failure to allow RFE/RL to operate freely could affect U.S.-Tajik relations.

Tajik law prohibits foreign-media journalists from working without accreditation. RFE/RL, which is funded by a grant from the U.S. Congress through the U.S. Agency for Global Media, operates as an international media organization in Tajikistan.