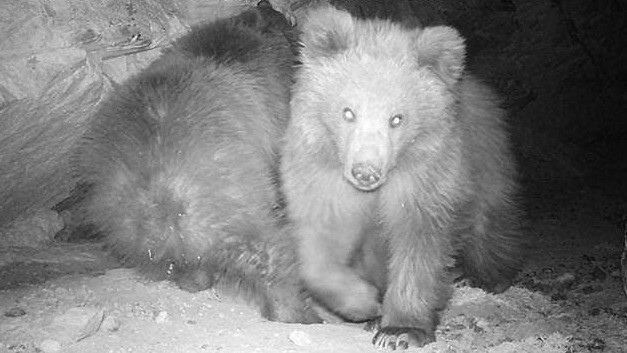 AKIPRESS.COM - A bear with its cubs were caught on camera at the Sarychat-Ertash Reserve, the the OSI Panthera nature protection organization, reported.

The cubs turned about a year, the report says.

“They are a little disheveled after wintering in the Reserve,” the Panthera describes the photos.

The bears were caught on camera in spring 2019.