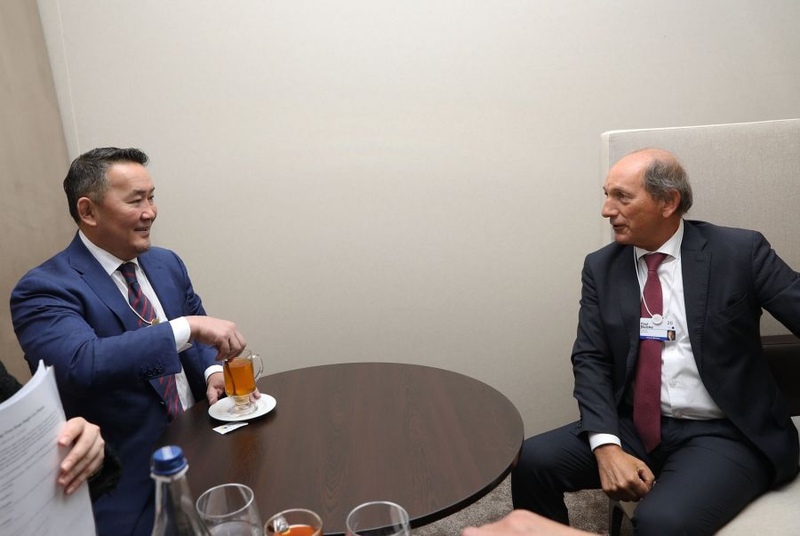 AKIPRESS.COM - At the 2020 annual meeting of the World Economic Forum, President of Mongolia Khaltmaagiin Battulga met with Chairman of the Board of Directors of Nestlé and Co-Chairman of the 2030 Water Resources Group Paul Bulcke, Montsame reports.

Congratulating Mongolia for approving the Water Law, Mr. Paul Bulcke extended thanks to President Kh.Battulga for his support and leadership for the law adoption.

Mr. Paul Bulcke said “The new law leads to an establishment of Water Agency in charge of water issues, control over which were previously split into a number of government ministries and agencies, and becoming an example of a policy change for world countries.”

It was also agreed that the Water Resources Group to cooperate with Mongolia by sending its working team to study the enforcement and outcomes of the law.

The sides also exchanged opinions on using surface water in mining and accumulation of grey water and ice and snow and the Mongolian President noted his willingness to introduce cutting-edge technologies in the given areas.