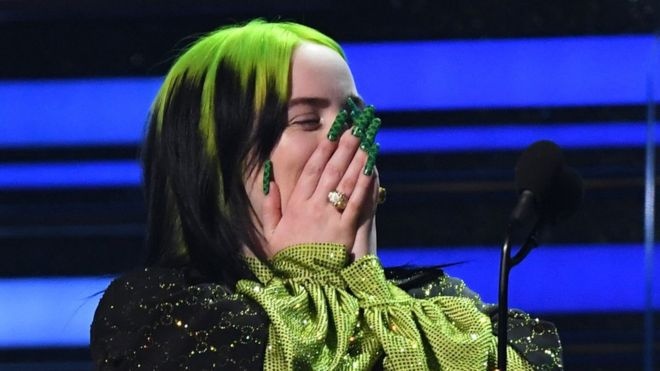 AKIPRESS.COM - Pop star Billie Eilish swept the board at the 2020 Grammys, winning five awards, including best new artist and song of the year, BBC reports.


The 18-year-old also won album of the year for her debut, When We All Fall Asleep, Where Do We Go, which was recorded in her childhood home in LA.

She replaces Taylor Swift as the youngest person ever to win the award.

"I joke around a lot at these things, but I genuinely want to say I'm so grateful," said the singer.

Eilish triumphed in all of the Grammys "big four" marquee categories - song of the year, record of the year, album of the year and best new artist.

She is the first person to achieve the feat since Christopher Cross in 1981.