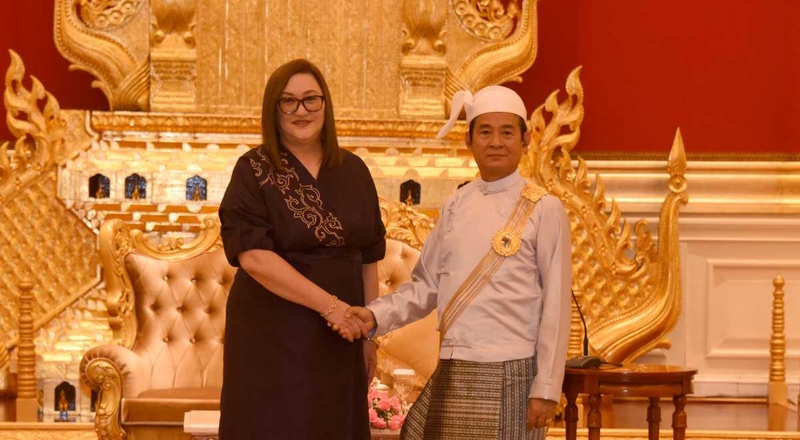 AKIPRESS.COM - Concurrent Ambassador of Kazakhstan to Myanmar Raushan Yesbulatova on February 4 presented credentials to the country’s President U Win Myint, the MFA of Kazakhstan reports.


During the talks held after the ceremony, the newly appointed Kazakh Ambassador discussed prospects of development of Kazakhstan-Myanmar relations.

The Kazakh diplomat also informed the President of Myanmar about the political transformations in Kazakhstan, about the ongoing reforms within the context of the concept of a «Listening State», announced by the President K.Tokayev in his first State of the Nation Address.

The President confirmed his interest in enhancing cooperation between countries, expanding cooperation in all areas of mutual interest, especially in trade and economic.

Within the framework of Yesbulatova’s visit to Naypyitaw, a number of bilateral meetings are planned, including Myanmar's State Counsellor – Minister of Foreign Affairs Aung San Suu Kyi.