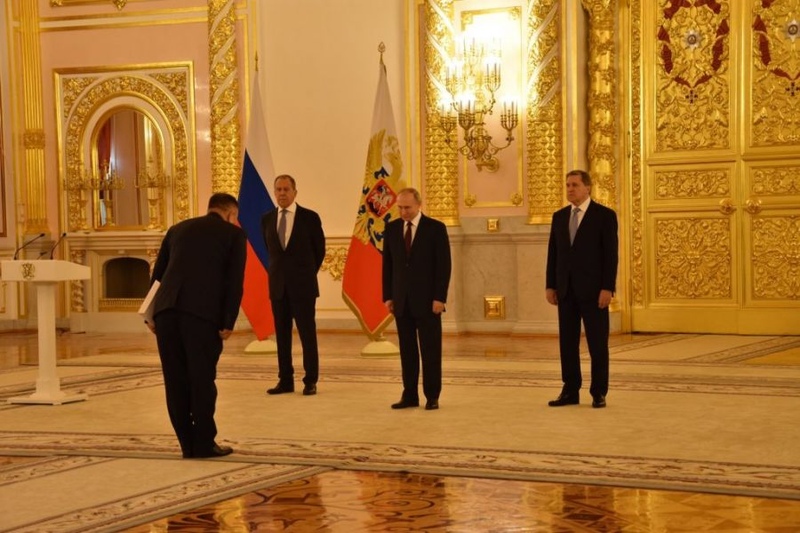 AKIPRESS.COM - Ambassador of Mongolia to Russia D.Davaa presented his letter of credence to President of Russia Vladimir Putin on February 5, Montsame reported.


President Vladimir Putin congratulated the Ambassador on his appointment, while underscoring that Mongolian is a long-standing good neighbor to Russia and that the two countries jointly marked the 80th anniversary of the Victory of Khalkhin Gol Battle and signed the Treaty on Friendly Relations and Comprehensive Strategic Partnership between Mongolia and Russia last year. He then noted the importance of advancing the close political relationship between the countries with specific economic projects and voiced his pleasure at the trilateral talks between Mongolia, Russia, and China.

Expressing his delight with the expansion of bilateral relations and cooperation, the Russian President also conveyed greetings to the President of Mongolia and undertook to support Ambassador D.Davaa’s endeavors in every way possible.

The Ambassadors of a total of 22 countries including China, USA, Britain, and France to Russia presented their credentials on that same day.