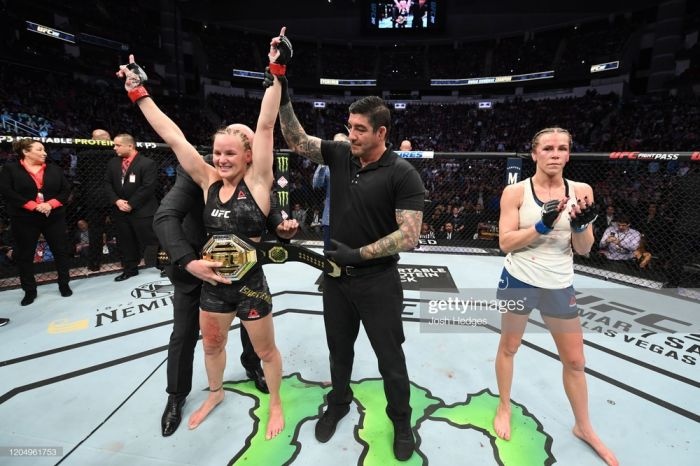 
Shevchenko's win over Chookagian was her third defense of the title.

Shevchenko finished Chookagian early in the third round of their matchup.

After the contest, UFC president Dana White said: “She’s so awesome, she’s such a professional and such a good human being on top of it. The end of the day, man, she’s a gangster. That woman is an absolute gangster. When you got a gun tattooed on your hip, you’re somebody not to be (expletive) with, you know what I’m saying?”