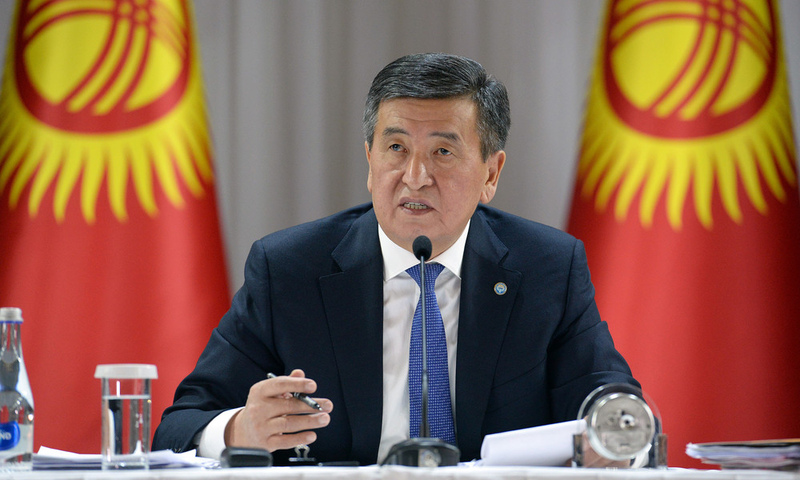 AKIPRESS.COM - President of Kyrgyzstan Sooronbai Jeenbekov suggested the heads of state bodies to leave their posts if they are unable to cope with their tasks.

Speaking at the second meeting of the committee for development of industry and businesses on Feb 12, Jeenbekov addressed to the Chairman of the State Construction Company Baktybek Abdiyev. "How many years have you been working as a head already? Since 2017? If you can't cope with your job, then leave," he said.

Before that, Abdiyev commented on the statement voiced at the meeting that no funds are allocated for the general plan. In 2018, 50 million soms were allocated from the state budget, but nothing was allocated in 2019, he said.

To date, the Osh general plan was submitted to the city council for approval, the money was allocated from the city budget.