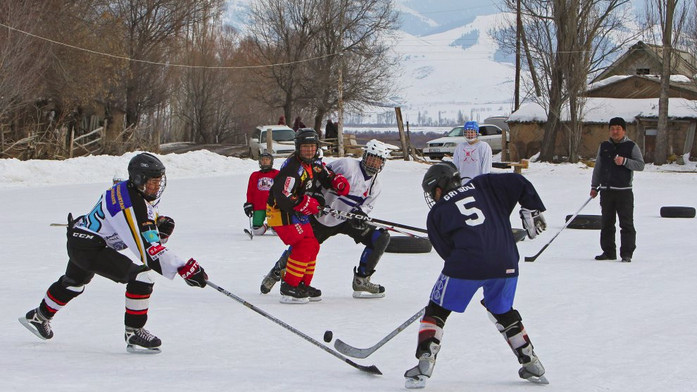 AKIPRESS.COM - A group of girls from a remote village in Kyrgyzstan have come together to form the Central Asian country’s first all-female ice hockey team — Shapak, Reuters reports.

Based in the northern village of Otradnoe, 400km (249 miles) east of the capital Bishkek, the team of some 15 schoolgirls began training three years ago on a plot of farmland belonging to their coach with whatever equipment they could muster.

“In the winter, I create an ice rink. This is already the sixth year I’ve done it, I use my allotment all year round,” the team’s coach Salamat Abdyrakhmanov told Reuters TV.

News of the team reached as far as Switzerland and they soon had professional hockey pads thanks to donations from the Kyrgyz community living there.

With no other female teams to play against, Shapak honed their skills against male teams and the injuries suffered by some of the players left parents concerned.

“I was against it at the beginning, only recently I forbade her from playing,” Aynura Zhasyrkeeva, the mother of one of the players, said. 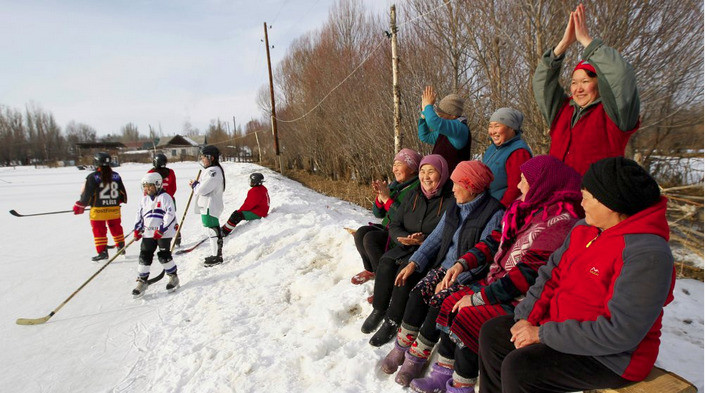 “A puck hit her in the eye and she received a concussion, but she’s better now. Now she’s come to play again.”

Having shattered gender stereotypes in the country where the sport is dominated by men, the female team is now a firm fixture in local leagues.

“My classmate, the coach’s daughter, suggested I come and try to play,” goalkeeper Zarina Karabaeva said.

“I tried going in goal and because I was good at it and they made me goalkeeper ... it never even occurred to me that I would ever play hockey.” 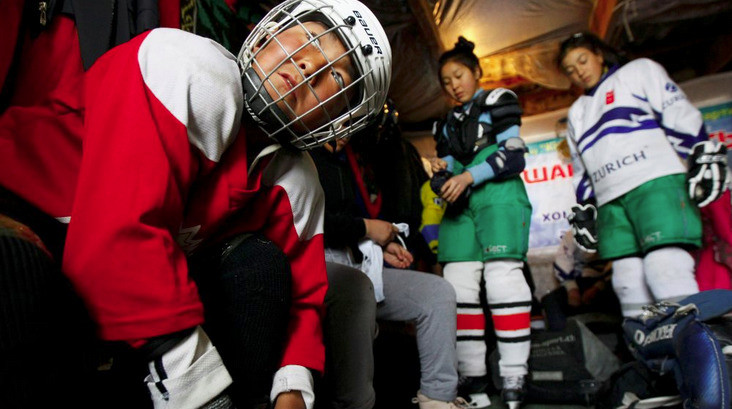