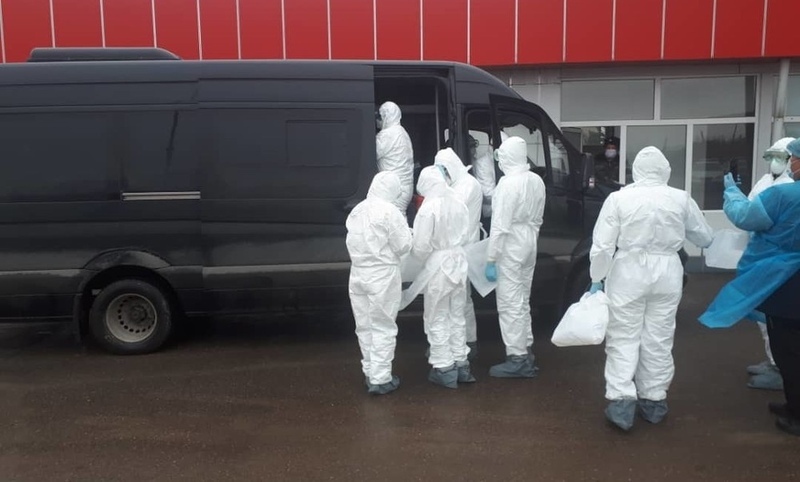 AKIPRESS.COM - South Korea on Saturday reported a six-fold jump in viral infections in four days to 346, most of them linked to a church and a hospital in and around the fourth-largest city where schools were closed and worshipers and others told to avoid mass gatherings, AP News reports.

Initial infections were linked to China, but new cases in South Korea and Iran — where there have been four deaths — don’t show a clear connection to travel there. In an emerging cluster of illnesses in northern Italy, the first to fall ill met with someone who had returned from China on Jan. 21 without experiencing any symptoms of the new virus, health authorities said.

China said Saturday the daily count of new virus cases there fell significantly to 397, with another 109 people dying of the disease, most in the epicenter of Hubei province.

The new figures bring the total number of cases in mainland China to 76,288 with 2,345 deaths, as strict quarantine measures and travel bans continue to contain the disease that emerged in China in December and has since spread worldwide. The daily figure is down from 889 on Friday.

Of the 142 new cases in South Korea, 131 are from Daegu and nearby regions, which have emerged as the latest front in the widening global fight against COVID-19.

South Korea’s Vice Health Minister Kim Gang-lip said Saturday that the outbreak had entered a serious new phase, but still expressed cautious optimism that it can be contained to the region surrounding Daegu, where the first case was reported on Tuesday.

By Saturday morning, the city of 2.5 million and nearby areas counted 283 cases, including South Korea’s first two fatalities in Cheongdo hospital.

The central government has declared the area as a “special management zone” and is channeling support to ease a shortage in hospital beds, medical personnel and equipment.