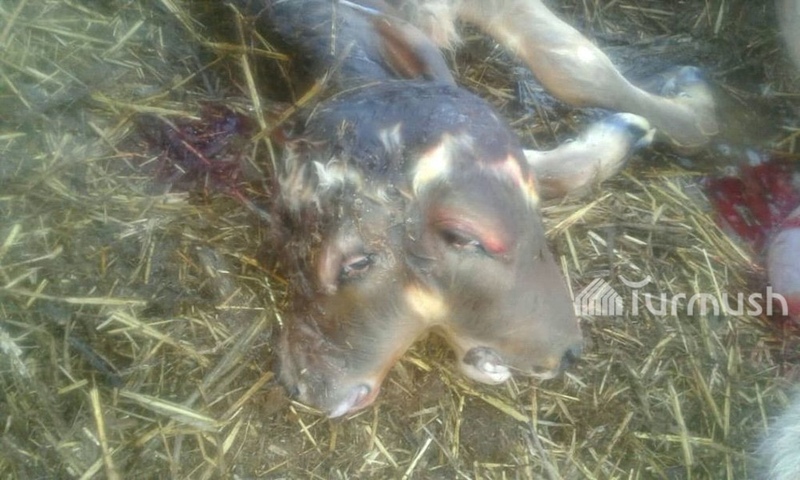 AKIPRESS.COM - A rare two-headed calf was born in the Kurmontu village of Tyup district in the Isssyk-Kul region, Turmush reports.

The veterinarian Kudaibergen uulu Nurgazy said that the calf born with the help of caesarean section.

"The owner of the calf and I performed the operation and removed the calf. One of the calf's head did not move and we realized that he would die anyway, so we killed him. On Feb 23, we examined the cow,” he said.