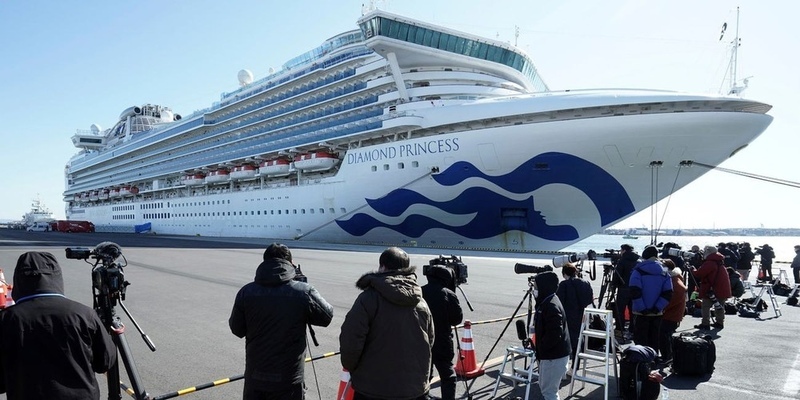 AKIPRESS.COM - Kyrgyzstani crew member of the Diamond Princess, a cruise ship that was quarantined in Yokohama port in Japan due to the outbreak of the new coronavirus, tested positive for coronavirus, Deputy Foreign Minister of Kyrgyzstan Nurlan Abdrahmanov confirmed.


The test of Feb 26 came out positive, the Kyrgyzstani is having a mild disease with no vivid symptoms, he said.

"In general his condition is OK, he has no high bodily temperature, problems with breathing, cough, pain or anything else," he said.

The Kyrgyzstani man is in one of the Japanese hospitals and local doctors are taking care of his health 24h a day, he said.

"He is passing blood and saliva testing everyday. The Embassy of Kyrgyzstan is in close contact with the Japanese Foreign Ministry," the statement said.

Japan Times reported on Feb 27 that disembarkation of the around 240 crew members on the ship, including many foreign nationals, is expected to last several days and on Thursday, some 91 of the crew as well as the last passenger left the ship.

They will stay at the National Tax College in Wako, Saitama Prefecture, for further monitoring by doctors, and can leave the facility if they test negative for the virus, the Japanese Health ministry said.

Meanwhile, the number of confirmed COVID-19 virus patients in Japan excluding those related to the Diamond Princess increased to 192 as of Thursday evening. A male patient in his 80s who was confirmed to be infected on Feb. 22, died the same day, bringing the domestic death toll to four.

More than 700 passengers and crew members of the Diamond Princess have been infected and four of them had died as of Thursday.