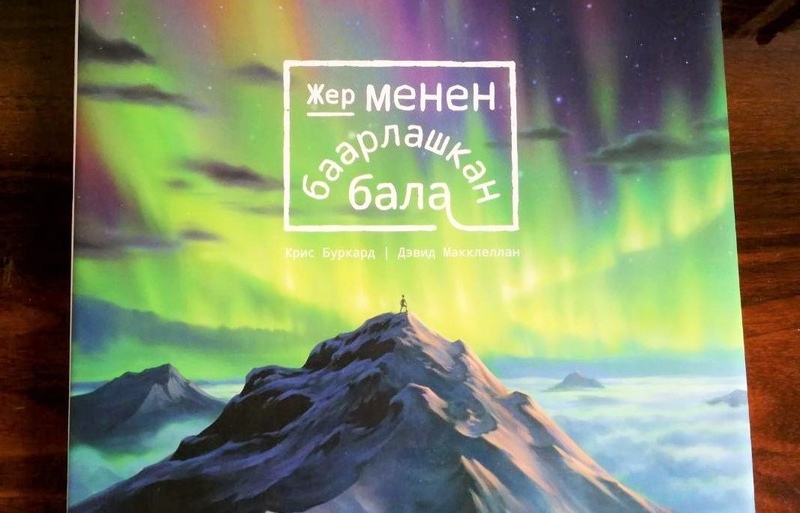 AKIPRESS.COM - On March 4, 2020 at 11.00 a.m. the U.S. Embassy in Kyrgyzstan together with the Capacity Building Foundation and the Bayalinov Republican Youth and Children’s Library, will present a book release of the award-winning book “The Boy Who Spoke to the Earth” for primary school children.

This book was written by American landscape photographer Chris Burkard, illustrated by Disney Interactive artist David McClellan and was awarded the Independent Publisher Book Award for the best Children’s Books with Pictures.

“The Boy Who Spoke to the Earth” is a story about a boy who asks the Earth where he can find happiness. Earth responds and sends the boy on a journey to different unique natural places the Earth is most proud of. In the end, the boy learns that happiness is harder to find than he expected. In addition to teaching the younger readers a culture of reading in their native language and taking care of the environment, the book also teaches the English language. This book translation project is unique as texts are in both Kyrgyz and English languages.

With the support of the U.S. Embassy, the Capacity Building Foundation translated the book and published 5,000 copies. The books are available at eight American Spaces in Kyrgyzstan and public libraries.

The Book Translation Program has translated more than 53 American books with a print run of 131,450 copies into Kyrgyz language to encourage reading among youth and promote the local publishing industry. The translated books are distributed free of charge throughout the country.

At the book release event at the Bishkek American Center within the Bayalinov library, younger readers will present posters or speeches they created on an environmental issue, attend the book group reading and participate in the environment-themed picture drawing contest.