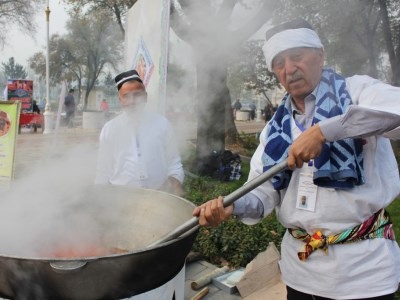 AKIPRESS.COM - The Pilaf Festival will be held in Dushanbe on March 14. The respective resolution was signed by Dushanbe mayor Rustam Emomali, Avesta reported.

The first Pilaf Festival was held in Dushanbe in November 2018, when a thousand kg of pilaf was cooked and was then distributed to visitors of the Festival.

The record setting pilaf was cooked by 7 chefs since night.

Pilaf, known as oshi palov in Tajikistan, is a traditional dish that is considered a part of the country’s cultural heritage. It is cooked from rice, meat, spices and up to 200 its varieties are possible. In 2016, oshi palov was inscribed into the UNESCO World Cultural Heritage List.