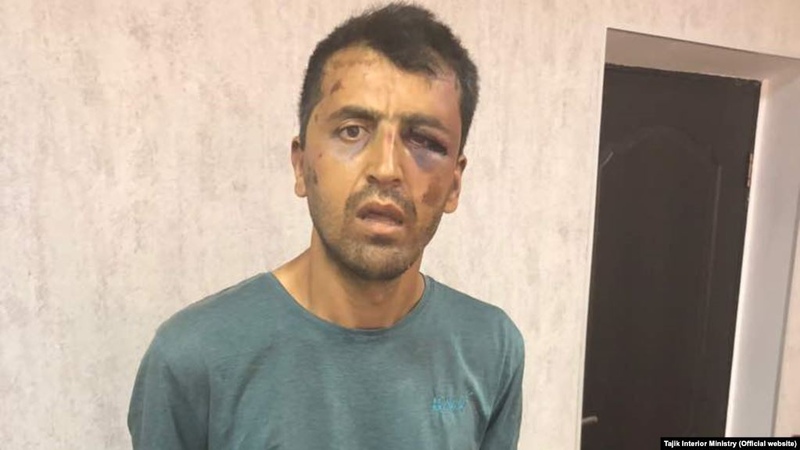 Hussein Abdusamadov was found guilty of murder in November 2018, and sentenced to life in prison.

AKIPRESS.COM - The sole survivor of a group of attackers who killed four Western cyclists in Tajikistan in 2018 has died in a prison in the capital, Dushanbe, RFE/RL reported.

Mansurjon Umarov, chief of the Main Directorate at the Tajik Justice Ministry's Penitentiary Service, told RFE/RL on March 3 that prosecutors were investigating the cause of death of Hussein Abdusamadov, who was serving a life sentence for his role in the killing of the foreign cyclists on the Dushanbe-Danghara highway in July 2018.

"Abdusamadov's body has been sent for an autopsy to exclude torture or violence as his cause of death," Umarov said, stressing that Abdusamadov "was a dangerous terrorist."

Abdusamadov's relatives confirmed the report, telling RFE/RL that they received his body on March 2.

Four cyclists -- an American woman and man, a Dutchman, and a Swiss man -- were killed on July 29, 2018, when attackers plowed their vehicle into the group on a road and then stabbed some of them.

Two other foreign cyclists survived the attack, which occurred about 150 kilometers south of Dushanbe.

Abdusamadov, who was named the group's leader, survived, was found guilty of murder in November 2018.

The extremist group Islamic State (IS) claimed responsibility for the attack shortly after it occurred and released a video showing five men -- at least some of whom appeared to resemble those identified by Tajik officials as suspects killed in a confrontation with security forces -- pledging allegiance to the leader of IS.

The Tajik government, however, rejected the claim and instead blamed followers of the Islamic Renaissance Party of Tajikistan (IRPT), a political party that was banned by authoritarian President Emomali Rahmon's government in 2015.

The leadership of the IRPT -- which served for several years in the Tajik government -- has denied involvement and called the authorities' claims "shameless and illogical slander."