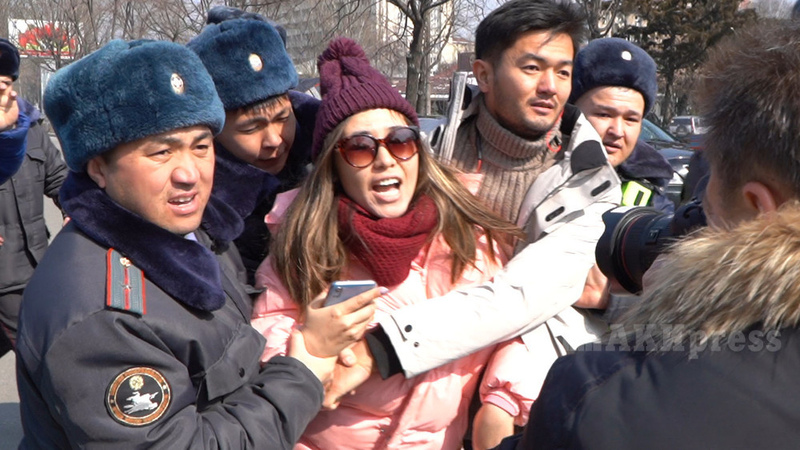 AKIPRESS.COM - The U.S. Embassy in Kyrgyzstan has released a statement on the disruption of the march on occasion of the International Women's Day in Bishkek.

"The Kyrgyz Republic has long been a leader in its support for the constitutional right of its citizens to assemble peacefully. Yesterday’s actions of the police and cowardly men in masks are an affront to the peaceful women who gathered in Victory Square on International Women’s Day. We stand in solidarity with these women in support of the rights of women and girls. Kyrgyz government institutions and parliamentarians have emphasized that peaceful assembly is constitutionally-protected and critical to a functioning democracy," the Embassy says.

On March 8, the women's rights activists gathered in the Pobeda square in Bishkek to stage a march of solidarity against violence on International Women’s Day. The march was scheduled to begin at 12 pm, however unknown masked men wearing ak-kalpaks (traditional hats) attacked the protesters grabbing and tearing apart their posters.

Police started detaining the activities after the attackers clashed with them. Police said the rally was not agreed with the mayor's office and police.