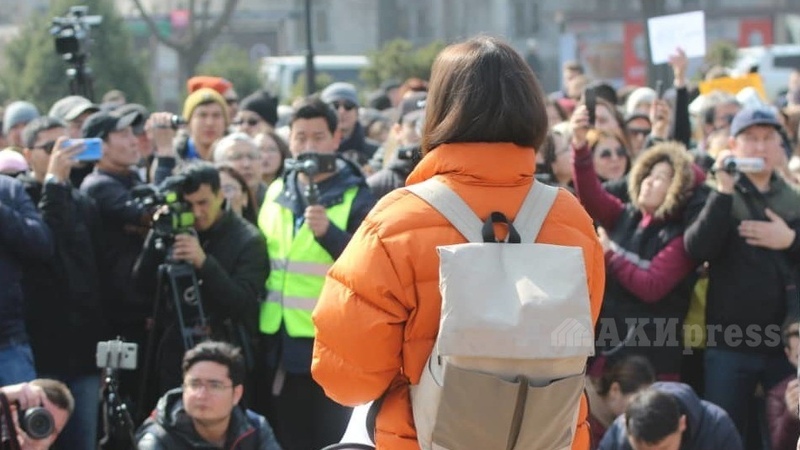 AKIPRESS.COM - A rally against violence against women was held in Bishkek on March 10 in response to detention of women's rights activists and disruption of the march on International Women's Day, March 8.

Moderators of the rally Atai Samyibek and Saikal Jumaliyeva said that participants of the women's solidarity march on March 8 were attacked and then detained. "This is why we gathered here," they noted. Samyibek said that the rally is not politically motivated and asked the participants to avoid any provocations. He said police will be providing security of gathered citizens.

Ex-President Roza Otunbayeva joined the rally. She commented on disruption of the march for women's rights on March 8 in Bishkek. "We are a democratic country and what happened is a shame. It mustn't be repeated," Otunbayeva said adding that the Interior Minister must be punished for that incident. More people were supposed to show up today, but they are afraid, she said.

13:00: Moderators announced the end of the rally. They called on the crowd to disperse.

12:55: Police officers arrived on the scene. "We guarantee the safety of the protesters and will prevent any provocations," said Akyl Kazakeyev, Head of the Pervomaiskiy District Internal Affairs Department. 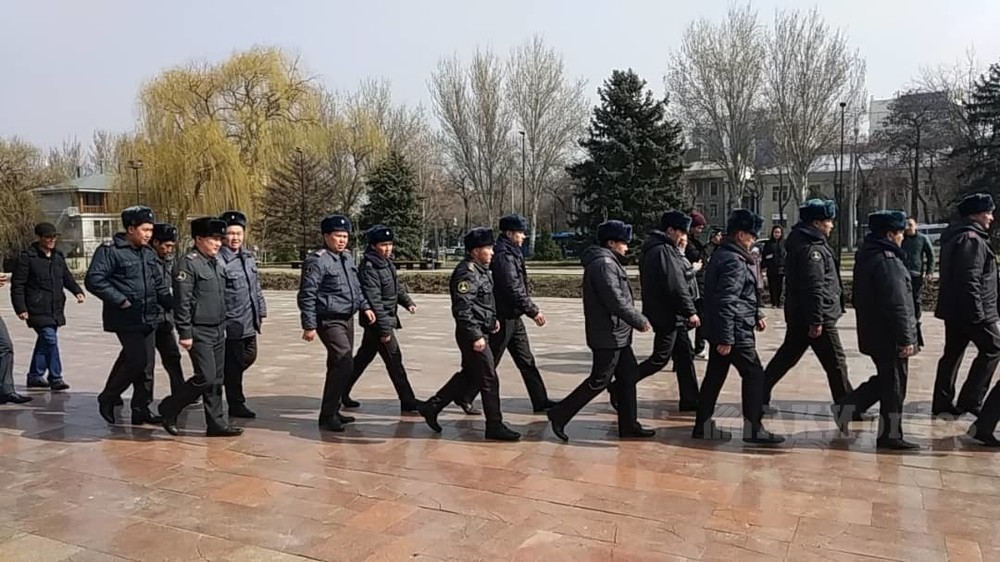 12:30 Head of the public environmental movement Jipargul Bagirbayeva showed up wearing traditional Kyrgyz dress to protest against this rally. She said she is against this campaign, but the participants booed her and shouted "Shame! Shame! Shame!" and she left accompanied with police officers.

Two other women also showed up to protest this campaign. They said they want traditions of Kyrgyz people be kept. 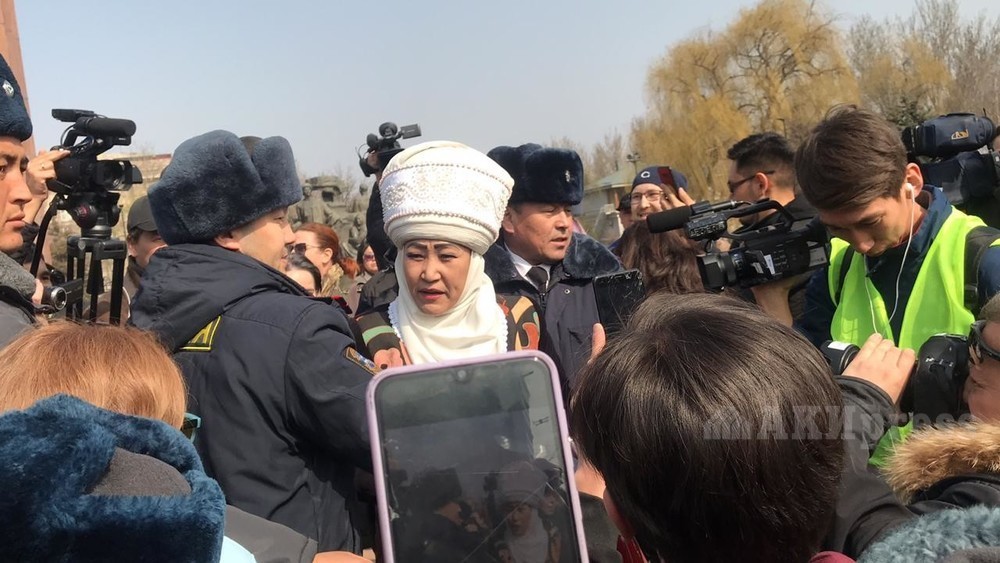