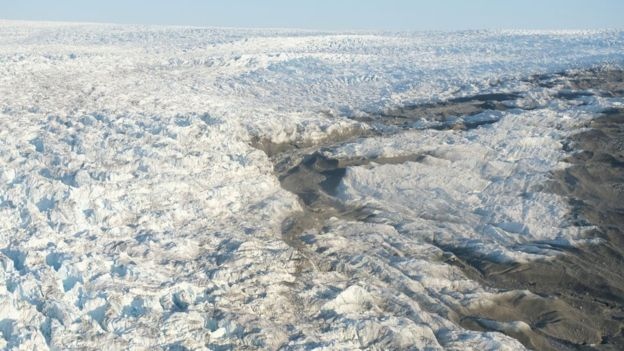 AKIPRESS.COM - Earth's great ice sheets, Greenland and Antarctica, are now losing mass six times faster than they were in the 1990s thanks to warming conditions, BBC reports.


A comprehensive review of satellite data acquired at both poles is unequivocal in its assessment of accelerating trends, say scientists.

Between them, Greenland and Antarctica lost 6.4 trillion tonnes of ice in the period from 1992 to 2017.

This was sufficient to push up global sea-levels up by 17.8mm.

"That's not a good news story," said Prof Andrew Shepherd from the University of Leeds in the UK.

"Today, the ice sheets contribute about a third of all sea-level rise, whereas in the 1990s, their contribution was actually pretty small at about 5%. This has important implications for the future, for coastal flooding and erosion," he told BBC.