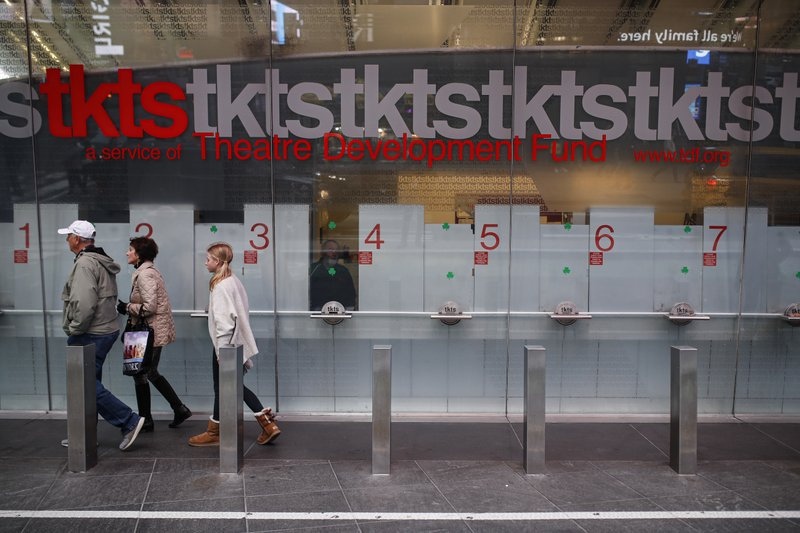 AKIPRESS.COM - The entertainment industry prepared Thursday for an unprecedented shutdown to curb the spread of the coronavirus, canceling upcoming movies, suspending all Broadway performances and scuttling concert tours until it’s safe to welcome crowds back, AP reports.

To accommodate calls for social distancing, Hollywood moved to pause the normal hum of TV productions and the bustle of red-carpet movie premieres. After New York Gov. Andrew Cuomo banned gatherings of more than 500 people, Broadway theaters announced that they would close immediately and remain dark through April 12. The Tribeca Film Festival was called off too.

The closures amount to a nearly complete halting of the industry, from Lincoln Center to Disneyland, and the largest-scale shutdown of many of the country’s major arteries of culture.

The Metropolitan Opera at Lincoln Center, the New York Philharmonic, Carnegie Hall, the Apollo Theater and the Kennedy Center in Washington all canceled events through March 31. Live Nation Entertainment and AEG Presents, the world’s largest live-entertainment companies, suspended all current tours through March, including those of Billie Eilish, the Strokes and Post Malone.

The dawning awareness of the virus’ reach had already forced the cancellation or postponement of all major imminent events on the calendar, including the sprawling South by Southwest conference and festival in Austin, Texas; Hollywood’s annual movie expo CinemaCon, in Las Vegas; this month’s Kids Choice Awards in Los Angeles; and the sunny California music festival Coachella, which was put off until October. TV networks saw the scuttling of most major sporting events, including the NBA season, March Madness and the NHL season.

Earlier Thursday, California urged bans of not just the largest events but also gatherings of more than 250 to help stymie the virus’ spread. California Gov. Gavin Newsom recommended the cancellation or postponement of gatherings of 250 or more people through at least the end of the month. That put a new focus on Broadway, multiplexes and concert venues.

Disneyland plans to shut its gates Saturday for the rest of the month. After Sunday, Florida’s Disney World will also close to guests through the end of March. And Disney is suspending any new cruise ship departures starting Saturday.

But they will soon run out of movies to play. Postponements have erased much of the upcoming movie release calendar.

The Walt Disney Co. wiped out its upcoming slate, including “Mulan,” “New Mutants” and “Antlers.” Universal Pictures said the “Fast and Furious” movie titled “F9” would not open May 22 as planned but in April next year. John Krasinski, writer and director of “A Quiet Place 2,” announced that his film from Paramount Pictures would not open next week as planned but be rescheduled to for another date.