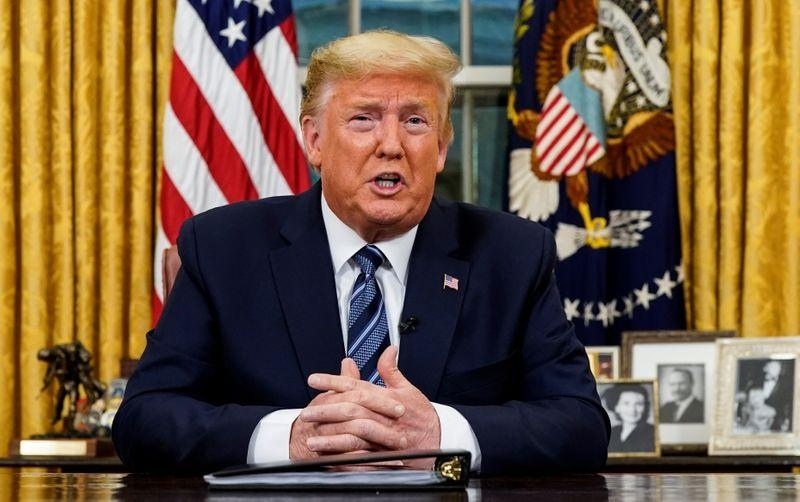 AKIPRESS.COM - President Donald Trump's travel ban on 26 European nations has come into force in the US, as part of a contingency plan to tackle the coronavirus crisis, BBC reported.

The ban applies to non-Americans who have been in the Schengen border-free travel area within 14 days of travelling to the US.

People travelling from the UK and the Republic of Ireland are exempt, as are returning US citizens.

Mr Trump's administration has faced criticism for its failure to provide Americans with widespread coronavirus testing.

In New Zealand, PM Jacinda Ardern said anyone entering the country from midnight on Sunday must self-isolate for 14 days; people from small South Pacific islands would be exempt

In Australia, the number of confirmed cases rose to 200, with three deaths

In China, health authorities said there were 13 deaths and 11 new cases

Colombia said it would close its border with Venezuela at 05:00 (10:00 GMT) and bar any visitors who had recently been in Europe or Asia

In the UK, mass gatherings could be banned as early as next weekend, government sources said

Separately, Washington on Friday summoned the Chinese ambassador to protest at comments by a Chinese diplomat that the US military might have brought the virus to China.

But the daily rates of new infections have been slowing in China, making Europe the new "epicentre" of the pandemic.