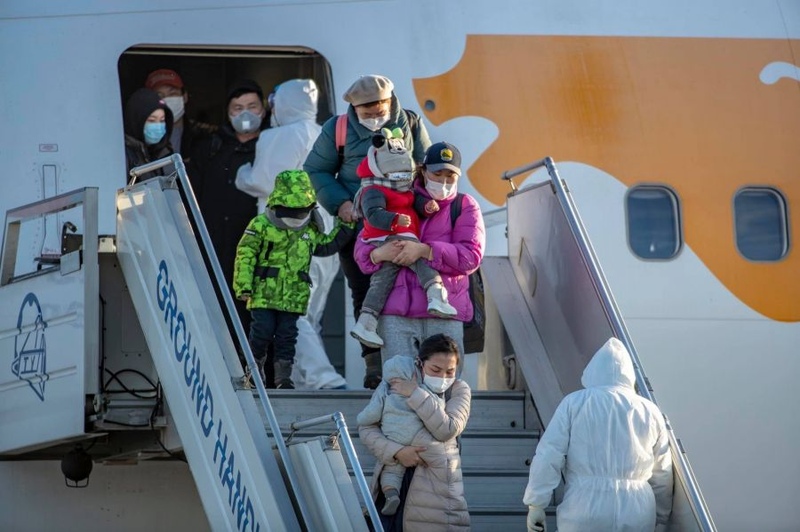 AKIPRESS.COM - Upon the decisions of the Government and the State Emergency Commission of Mongolia, 244 Mongolian nationals returned to their homeland on March 15 at 16:40 p.m. on a charter flight of the MIAT Mongolian Airlines in route Seoul-Ulaanbaatar, Montsame reported.


According to quarantine regime, the citizens coming from the Republic of Korea, the epicenter of the novel coronavirus, will be held in isolation for 14 days under medical supervision. Therefore the evacuees have been divided and transported to three places directly from the site of the Chinggis Khaan airport depending on their physical condition and places where they traveled and resided.

A total of 50 citizens who are in need of medical assistance and services in priority such as those who received operation and have severe illness have been isolated in the Military Central Hospital under medical observation, 184 citizens in Enkh Saran health resort and another 10 citizens, who arrived from Busan and Daegu cities of the country, in the National Center for Communicable Disease respectively.

The customs inspection specialists of the General Agency for Authorized Inspection conducted primary check-ups and examination on the passengers during the flight.

Officials in charge of decontamination and transportation of the citizens who carried on the charter flight have successfully executed their duties in short time under the united organization of the National Center for Communicable Disease, the National Police Agency, the General Agency for Authorized Inspection and the National Emergency Management Agency.