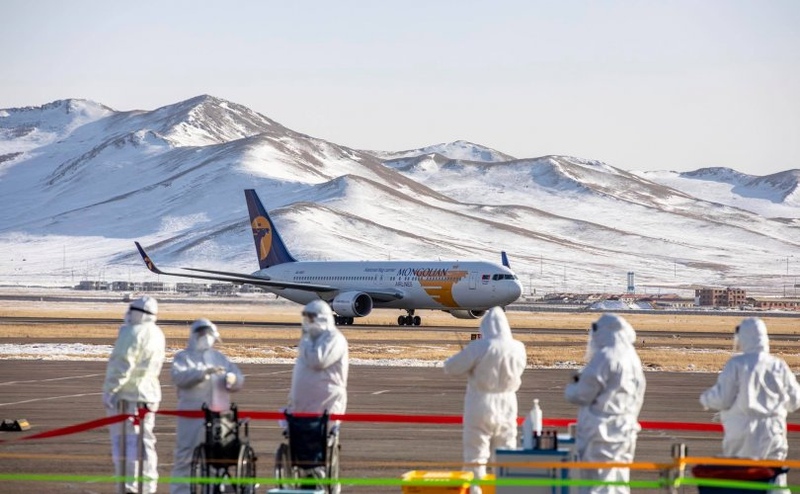 AKIPRESS.COM - On the evening of March 17, Tuesday, the Ministry of Health of Mongolia announced fifth confirmed coronavirus case in the country, Montsame reported..

The infected person is 30-year old female, who arrived from Italy via Germany on an evacuation flight from Berlin to Mongolia yesterday, March 16.

She has been staying in isolation at the National Center of Communicable Diseases in Ulaanbaatar and is in stable health condition.

Yesterday, March 16, the Ministry of Health reported three confirmed cases of coronavirus, including two passengers arrived on an evacuation flight from Seoul, South Korea and one person arrived on the chartered plane from Berlin, Germany.

The Ministry of Health officials informed that the newly confirmed patient is not identified to have had a close contact with the other patient, who is diagnosed with the coronavirus yesterday, as she was sitting far away from her on the same flight from Berlin.

The next charter flight to repatriate Mongolian nationals, who are living in coronavirus-affected countries and have reasonable excuses to return home, is scheduled to arrive from Istanbul on March 18, Wednesday.