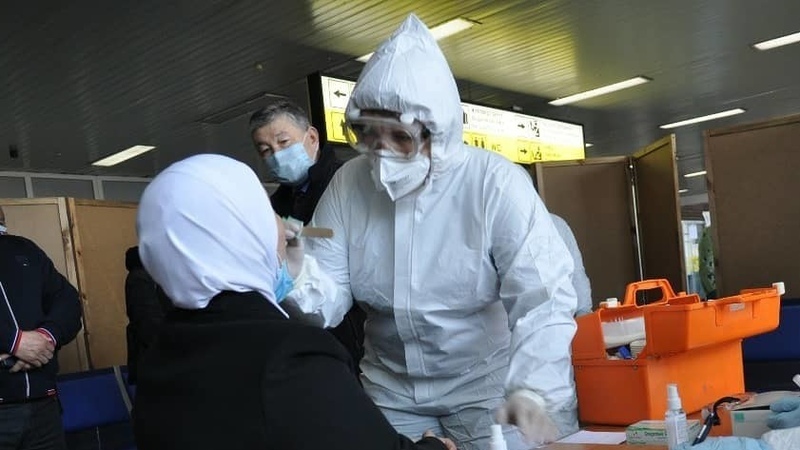 Three Kyrgyz citizens who arrived in the country after performing a minor hajj in Saudi Arabia on March 12 tested positive for coronavirus.

They were quarantined at home after arrival, but on March 16, a woman who had arrived from Umrah had a fever. She was in the village of Blagoveshchenika, Suzak district, Jalal-Abad region. She was brought to hospital, and 8 people who came with her from Saudi Arabia were tested.

3 of them tested positive for coronavirus.

According to the Minister, the doctors took samples from the woman's family members too. The same tests were sent to Bishkek laboratory, where they also confirmed the positive result.