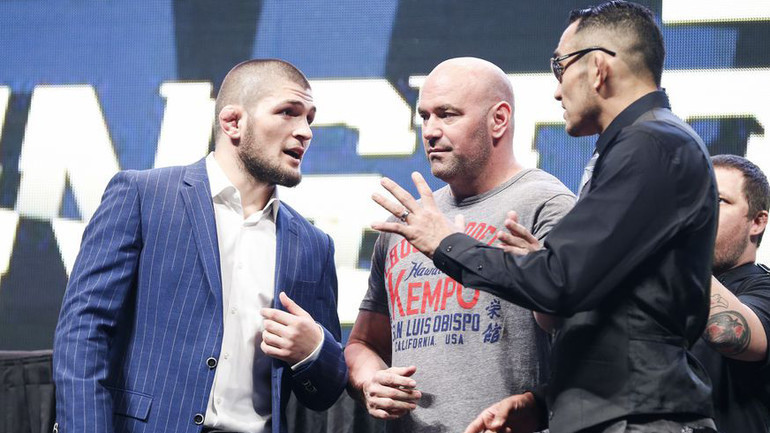 AKIPRESS.COM - A belligerent UFC will push ahead Khabib Nurmagomedov's lightweight title clash with Tony Ferguson by moving it out of America, Mirrorreports.

The eagerly-anticipated clash, which has been postponed four times previously due to illness and injury, is set to take place on April 18 in New York.

But the coronavirus lockdown means gatherings of more than 10 people have been banned.

The promotion has come under criticism for refusing to postpone shows until Donald Trump ruled on Monday and held an event behind closed doors in Brazil last weekend.

The next three shows have now fallen by the wayside, including UFC London, but president Dana White is determined to hold UFC 249.

He said: "We took the fans out and made sure there was as few production people in the room as possible – we pulled that off last Saturday.

"Now they’re saying to be no more than ten in a room and that’s just impossible, we can’t do it. We've complied with everything the government and doctors have said to do.

"We’re going to follow these guidelines to not have more than ten people in a room and we’re hoping this clears up by April.