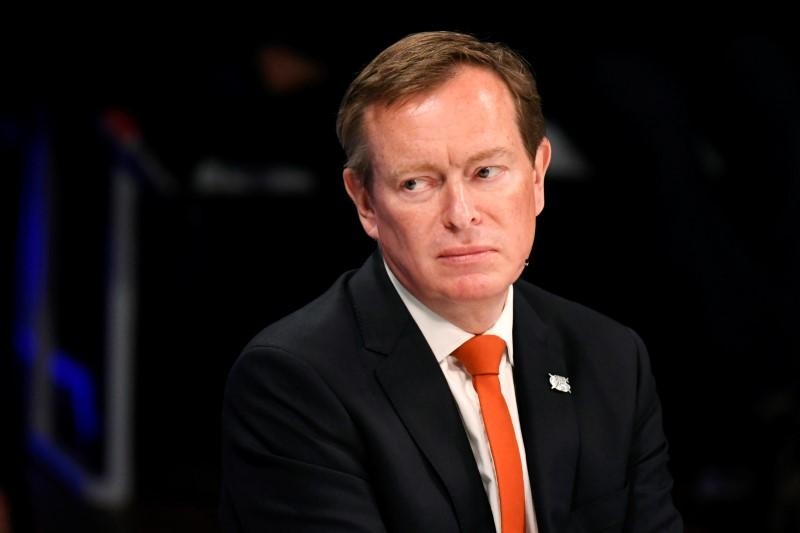 AKIPRESS.COM - The minister leading the Dutch government’s fight against the coronavirus resigned on Thursday, a day after collapsing from exhaustion during a parliamentary debate on the epidemic.

Medical Care Minister Bruno Bruins, 56, fell to the floor in parliament on Wednesday while taking questions. He said he had fainted after weeks of intense work, Reuters reports.

Dutch Prime Minister Mark Rutte said Bruins had quit because it was unclear how long it would take for him to recover.

“The nature of the crisis is such that it demands a minister who can be ready to go full throttle immediately,” Rutte said during a televised news conference.

Vice Prime Minister Hugo de Jonge will take over Bruins’ duties until a replacement is found, the government said.

The Netherlands will expand social distancing measures, which have led to the closure of schools and restaurants, by barring visitors from nursing facilities for the elderly, De Jonge said on Thursday.

The number of confirmed cases of coronavirus in the Netherlands has risen by 409 to 2,460, the National Institute for Health (RIVM) said on Thursday. The Dutch death toll stands at 76, with victims ranging from 63 to 95 years old.

Bruins had indicated on Wednesday that he intended to return to work.

“I felt faint from exhaustion and several intense weeks of work. I am now feeling better. I’m going home now to rest tonight so I can get back to work tomorrow to fight the #corona crisis as best I can,” Bruins had said on social media.

As the mass media were not included in the list of permitted activities during the state of emergency in Kyrgyzstan, AKIpress apologizes to its readers for reduced promptness and coverage of news.
Related content
Coronavirus: US overtakes China with most cases
UK Prince Charles tests positive for coronavirus
Russia's сoronavirus сases triple overnight totaling 658