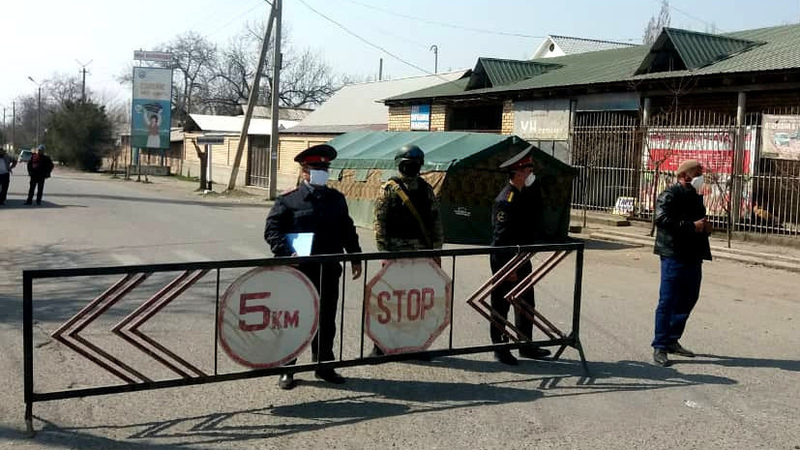 Photo: Turmush. Roadblocks in Suzak district where emergency state was declared after 3 COVID-19 cases were confirmed on March 19

When asked about possible declaration of the state of national emergency, the Health Minister responded: "The Prime Minister will decide that within the scope of his powers and in line with the effective legislation."